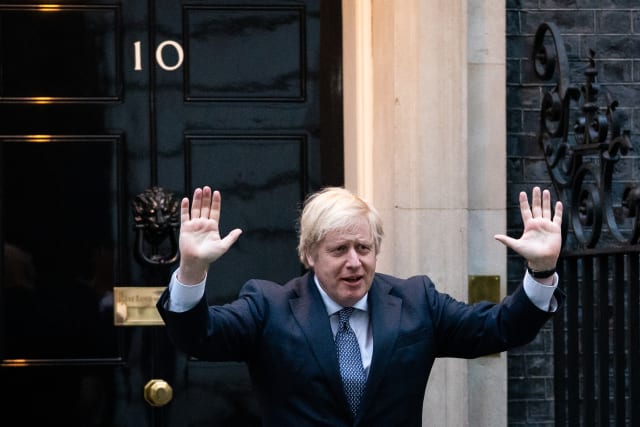 Boris Johnson will describe the race to develop a coronavirus vaccine as the “most urgent shared endeavour of our lifetimes” as he calls on nations to “pull together” in response to the pandemic.

The Prime Minister is expected to tell an online pledging conference – co-hosted by the UK and eight other countries and organisations – that the sooner states share their expertise the faster scientists will succeed in defeating the disease.

It comes as Mr Johnson revealed he feared he would not live to see his baby son Wilfred born when he battled Covid-19 in intensive care last month.

The PM will tell Monday’s conference, which aims to bring in more than £6.6 billion in funding, that the race to develop a vaccine is “not a competition between countries but the most urgent shared endeavour of our lifetimes”.

“It’s humanity against the virus – we are in this together and together we will prevail,” he is expected to say.

Coronavirus has claimed more than 246,000 lives around the world, according to analysis by John Hopkins University.

A total of 28,446 people have died in hospitals, care homes and the wider community after testing positive for coronavirus in the UK as of 5pm on Saturday.

Mr Johnson is now not expected to set out a road map on how the UK will exit lockdown until Sunday – three days after the Government must review the current restrictions.

Ministers have been under pressure to explain their exit strategy but have so far resisted the calls – warning that to do so risks undermining the message to stay at home to prevent the spread of the virus.

However, on Sunday Michael Gove said that some social distancing measures would remain in place until a vaccine has been developed but that the Government would seek to restore people’s lives to “as close to normal as possible”.

The Chancellor of the Duchy of Lancaster warned that people would have to live with “some degree of constraint” until they can be immunised against the deadly disease – suggesting Britons would have to accept a “new normal”.

Mr Gove also revealed that the number of daily coronavirus tests in the last 24 hours had fallen to 76,496 – below the Government’s 100,000 daily testing target – which was blamed on lower uptake over the weekend.

The Cabinet minister told the daily Downing Street press conference: “Ultimately, unless and until we have a vaccine then I suspect that we are going to have to live with some degree of constraint because of the nature of the virus.

“But we obviously want to, wherever possible, and consistent with the measures on public health, restore people’s lives to as close to normal as possible.”

He said the Government will pursue a “phased approach” to removing lockdown restrictions rather than a sudden return to “the old normal” – and that the easing had to be done in a “cautious fashion”.

– A smartphone app to trace the spread of coronavirus will be trialled on the Isle of Wight this week before being rolled out more widely later this month.

– A new “fast and accurate” coronavirus antibody test has been developed by scientists in Edinburgh, although the company fears the NHS could miss out amid interest in Europe for the machines.

– Former Government chief scientific adviser Sir David King has assembled a group of experts to look at how the UK could work its way out of the lockdown in response to concerns over the “lack of transparency” coming from the Sage group of advisers.

– The Financial Times reported that companies will be expected to keep office workers separated and to stagger shifts under plans to get Britons back to work.

Mr Johnson was asked in an interview with The Sun newspaper if he had ever feared he might not live to meet his son Wilfred, who was born on Wednesday – just weeks after the PM was discharged from hospital after his battle with coronavirus.

The PM told the paper he “couldn’t see the way out of the skip” but that he had a “natural buoyancy or refusal to give in or harbour negative thoughts”.

“I never really thought that I wouldn’t come back from it. It was more frustration.”

Mr Johnson added: “I owe my life to our doctors and nurses and the healthcare workers. They pulled my chestnuts out of the fire, no question.”