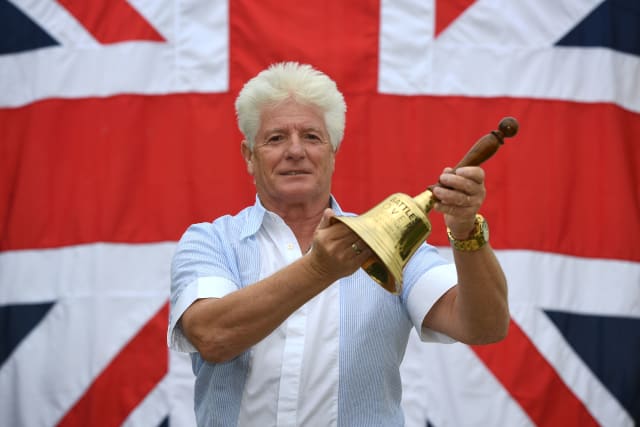 The UK is being urged to unite in raising a glass to mark the 75th anniversary of VE Day in the Nation’s Toast to the Heroes of World War Two, as the coronavirus crisis has changed the shape of planned commemorations.

Bruno Peek, Pageant Master of VE Day 75, said it had been “gut-wrenching” to have to cancel many of the events because of Covid-19.

But he is encouraging people to raise a drink of their choice at 3pm on Friday to unite in honouring those who “gave so much to ensure that we enjoy the freedom we have today”.

“The 75th anniversary will be the last one, I believe, that will involve veterans so I just thought it was really important we celebrate this one while people are still alive,” said Mr Peek, of Gorleston in Norfolk.

He said the Nation’s Toast to the Heroes of World War Two is a unifying event to mark 75 years since May 8 1945, when Britain and its allies formally accepted Nazi Germany’s unconditional surrender, ending the conflict in Europe.

“We just feel that, out of all the celebrations, this is the one thing that can bring the nation together at one moment in time,” said Mr Peek, adding that people of all ages could be involved.

“It could involve families together, which is really important,” he said. “By doing that they can pay tribute together as a country rather than just individually.

“By raising a glass of refreshment of their own choice – because we’re not encouraging drinking alcohol – it’s one moment in time when they can come together and say thank you to all those millions at home and abroad that gave so much for our freedom.”

Mr Peek said that originally there were plans for buglers in every city in the UK, pipers, town criers, for church bells to ring out, and for street parties and church services.

More than 1,000 pipers in 27 countries will still participate and so will town criers, he said, but they will do so from their own homes.

He said that as soon as the second lockdown began and it was recognised that it would not end by early May, “we just had to say to people we’ve got to cut back on the plans and do everything from home”.

“It’s been gut-wrenching, to say the least,” he said. “I’ve had a lot of support from people around the country, we’re still going ahead with the pipers.

“But I look in the mirror and I think ‘Well, you’re still standing there alive when so many others have lost their family members’ – you just have to shrug your shoulders and get on with it.”

He said a focus of this year’s commemorations will be on the women of the nation, in recognition of how they helped keep the country going during the Second World War.