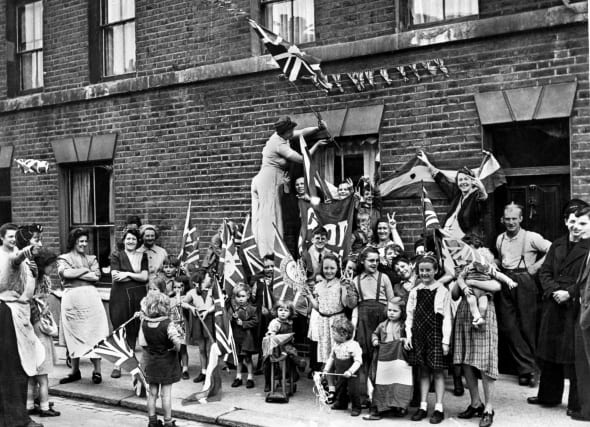 In the 75 years since victory in the Second World War in Europe was declared on May 8 1945, politicians, media and the public have echoed phrases such as “Dunkirk spirit” and the “plucky Brits”.

VE Day – the day the surrender of Nazi Germany was formally accepted by the Allies – was “both an end and a beginning”, says Dr Robert James, senior lecturer in social and cultural history at the University of Portsmouth.

He spoke to the PA news agency about the cultural impact of VE Day, and why it is often overlooked in favour of famous wartime episodes such as Dunkirk and D-Day.

Dr James said: “It was seen as both an end and a beginning.

“The end of the war signalled obviously the end of the conflict, in Europe at least anyway, but also a new beginning for European society and particularly for British society.

“It was this new beginning that it signalled that we won’t go back to the dark days pre-war, it’s now going to be a new, better society.”

It was this cultural shift in society that brought about developments such as the NHS, which has been praised for its work 75 years later in battling the coronavirus pandemic.

Dr James continued: “Stay home, save the NHS, save lives – those sort of snappy slogans are very much picking up on the slogans that were used in war times.”

The easing of lockdown restrictions will have interesting parallels with VE Day, Dr James said, but there will also be differences.

He said: “When the war ended, people could go out and behave as they had done pre-war, albeit within streets that still had bombed buildings in and so on.

“I think the difference with this will be the fact that lockdown can’t just end, restrictions are still going to have to go on.

“That has parallels with the fact that things like rationing, some of the things that weren’t even rationed in wartime were rationed post-war.

“Up to 1954, rationing continued so there are some similarities there.”

But despite its significance in 1945, VE Day has not had the same pride of place in the hearts and minds of the British public in the same way as other events of the war, he said.

Dr James added: “VE Day is something which is mentioned but it hasn’t got the same cultural resonance as something like the Dunkirk spirit, the Blitz spirit.

“It has a resonance, but it hasn’t been used, particularly I would say not by politicians or by the media, in the same way that those have.

“If we think to the campaign to leave the European Union, so much is about Britain standing alone, we’ve done it before, we’ve survived struggles in the past, and it’s this Blitz spirit.

“This mythical status of that event and also events like Dunkirk where the Brits are seen as this plucky generation of people who have got through these crises – VE Day hasn’t got the same resonance.

“I think because it’s the 75th anniversary, it has got a greater cultural resonance, particularly I think with what’s going on at the moment.”