We don’t have enough information yet on immunity, says senior medic 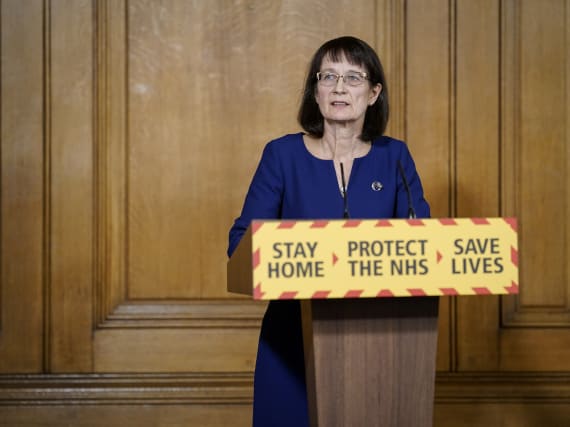 One of the Government’s top medical advisers has said officials “don’t have enough information yet” to know whether people can catch coronavirus more than once.

Deputy chief medical officer for England, Dr Jenny Harries, was asked about immunity to Covid-19 by a member of the public at the Downing Street daily briefing on Saturday.

Replying to Ashley from Yorkshire, Dr Harries said: “The WHO (World Health Organisation) position is very similar to the one we would have, which basically says we actually don’t have enough information yet to be very clear on the immune status.”

She said signs of immunity could vary from patient to patient, but doctors would expect people to have some immunity about a week and a half after being ill.

Dr Harries explained: “We know that some people will have different status.

“We would normally expect to see some sign of immunity about 10-12 days after an infection, and then a very consistent pattern about 28 days.”

She added: “There’s sometimes a delay in different individuals and we need to study this really carefully as we go forward.

“Our testing policy and the development of new antibody tests will help us do that.”

Her comments come a day after the UK’s testing coordinator said it was “encouraging” that evidence from South Korea suggested people were developing immunity to the disease.

Almost 300 cases in South Korea emerged of people who had seemingly contracted Covid-19 a second time.

But the country’s Central Clinical Committee for Emerging Disease Control announced that the cases of allegedly reinfected people was due to a testing fault, and not a short-lived immunity.

“I think people have said before in these briefings that it would be very surprising if there was no immunity after infection, but at the moment the science is still not precise about how much immunity you get and how long it lasts.”