Museum dedicated to ‘father of vaccination’ Edward Jenner is under threat 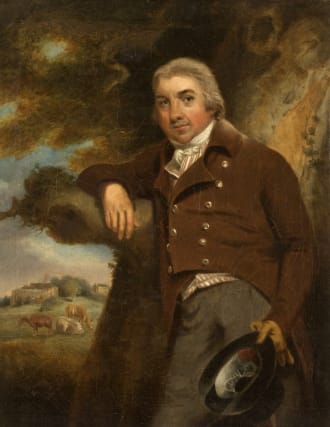 The future of a museum dedicated to “father of vaccination” Dr Edward Jenner is under threat as it faces a funding collapse during the Covid-19 lockdown.

The house and museum of the 18th century scientist who discovered the vaccine for smallpox virus in Berkeley, Gloucestershire, normally relies on visitor income and donations to cover 70% of its £206-a-day running costs.

But museum manager Owen Gower has warned the historic house and gardens could be unable to open next year if it fails to generate enough income this summer and has launched a crowdfunding appeal to plug the funding gap.

Mr Gower told the PA news agency: “Now more than ever, this is a time for Edward Jenner. We have heard his name mentioned in the news, quoted by Government ministers and scientists and the people leading the race to find a vaccine here in the UK are called The Jenner Institute.

“Against that background, we need to know and understand what Edward Jenner was all about and how he came to those ideas.

“His curiosity-driven experimentation is very appropriate for our times and it’s the story of humanity’s triumph against disease which a message of hope for us all.”

Describing the funding crisis, he added: “We only open April to September so if we cannot make the money this year, coming into March/April next year then it looks like it will be a struggle to open for the next season.”

In 1798, Dr Jenner published his study of the cause and effects of the disease now known as cow pox and how it could act as a vaccine for the smallpox virus.

The discovery is lauded as one of the most important in the history of medicine and Dr Jenner devoted his life to helping others to carry out the practice and ensure it was free of charge to those who needed it.

Siobhan Baillie, MP for Stroud, said: “It’s a very sad irony the home of the first person to successfully develop and use a vaccine is facing such an uncertain future during this time of coronavirus.

“Scientists all over the world know about the pioneering work of Dr Jenner and his achievements are an inspiration as work continues to find a vaccine for this virus.

“The museum’s crowdfunding initiative has my full support and I will do all I can to ensure the house is able to tell the story of the world’s first ever vaccine to future generations when this present emergency is over.”

To support the campaign to raise £35,000 for Dr Jenner’s House visit: https://www.crowdfunder.co.uk/drjennershouse