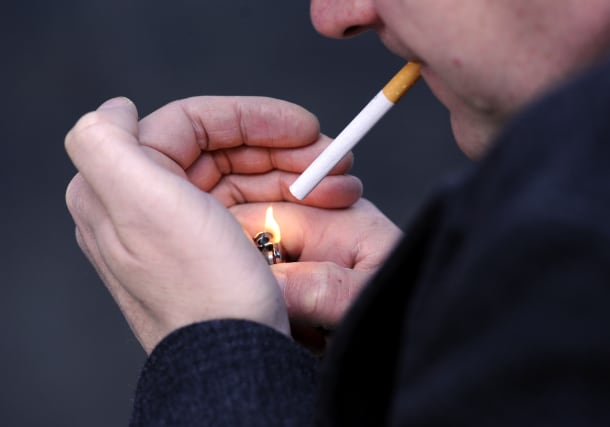 More than 300,000 Britons have quit smoking during the coronavirus crisis as evidence mounts that the habit leaves them more vulnerable to Covid-19, a survey suggests.

A further 550,000 Britons have tried to quit, while 2.4 million have cut down, according to the joint study by the UK arm of YouGov’s international Covid-19 tracker in conjunction with anti-smoking group Action on Smoking and Health (ASH).

A quarter of ex-smokers said they were now less likely to resume smoking, although 4% say the pandemic had made them more likely to relapse.

The figures were welcomed by several health and anti-smoking bodies in a statement issued by the #QuitforCOVID Twitter campaign.

“Evidence is growing that smoking is associated with worse outcomes in those admitted to hospital with Covid-19.

“Quitting smoking also rapidly reduces people’s risk of other health problems such as heart attacks and strokes – those are bad whenever they happen, so preventing them is an end in itself, but it’s especially important at a time like now when everyone is keen to stay out of hospital.”

Ruth Tennant, tobacco lead for the Association of Directors of Public Health, said: “There are so many reasons to quit smoking but never a more important time than right now during the coronavirus pandemic.”

The founder of the #QuitforCOVID campaign on Twitter, Bristol GP Charlie Kenward, encouraged more people to stop smoking amid the pandemic and beyond.

“Stopping smoking remains the single biggest thing people can do to improve their overall health,” he said.

“It will improve heart and lung health as well as reducing the chances of developing cancer and even improve wound healing after surgery.

“There has never been a better time to quit.”

The government is aiming to end smoking in England by 2030 as part of a range of measures to address preventable ill health.

And the Local Government Association said councils will play a role in helping this happen.

Community Wellbeing Board chairman Ian Hudspeth said: “Smokers are at particular risk of Covid-19 and it is encouraging that so many have quit the habit for good.

“Councils can help the Government to achieve its ambition of eliminating smoking in England by 2030, through their tobacco control and other public health and support services, but need certainty over their long-term funding to help do so.”