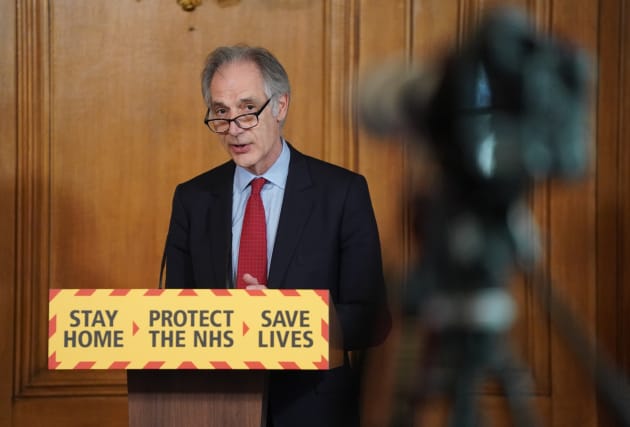 Home testing kits for coronavirus are as accurate as swabs taken in drive-in centres, the Government’s testing tsar has said, as he defended the way tests are counted.

Professor John Newton said the Government’s trials of home tests were “very satisfactory” amid concern that results from the self-swab kits may not be as accurate.

He told BBC Breakfast: “We know that the testing rates are the same if people swab themselves as opposed to being swabbed, and we’ve also done some trials of posting them out and getting them back and they’ve all shown that it’s just as good.

“No test is perfect: the positive tests are extremely reliable because you are detecting the genetic material. A negative test is a good guide but it’s not an absolute guarantee that you are free of the virus so we just need to be aware of that.

“But it still helps a lot in making decisions, but you do need to take other factors into account if you have a negative test and that’s one of the reasons why we sometimes repeat the test.”

He also insisted the 100,000 daily testing target was met on Thursday despite home test kits being counted as they are dispatched rather than when they are returned.

Health Secretary Matt Hancock said 122,347 tests were performed in the 24 hours up to 9am on Friday – but questions have been raised over how the tests have been counted.

Some 27,497 kits sent out to homes were included in the total alongside 12,872 tests delivered to satellite locations.

Prof Newton told BBC Radio 4’s Today programme: “All the tests are only counted once, and you can count tests when they go out or when they come back in, and whichever way you do it we still meet the target.”