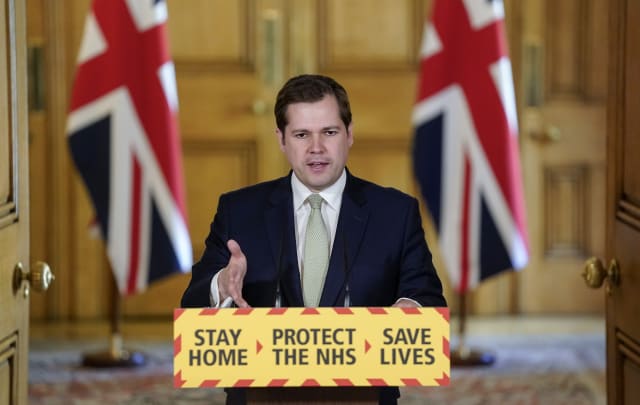 A £76 million package to support people who are unsafe in their homes during the lockdown period has been announced by the Government today.

Housing and Communities Secretary Robert Jenrick said the money will be used to help survivors of domestic and sexual abuse, vulnerable children, and victims of modern slavery, during the Saturday coronavirus briefing.

Digital, Culture and Media Secretary Oliver Dowden said the funding is part of the £750 million package the Government promised to deliver for charities during the pandemic.

At the coronavirus briefing, Mr Jenrick said: “As a father of three girls I cannot even imagine women and young children being put in this situation, but they are.”

“We must be alive to the reality of what is happening in all too many homes across the country.

“I want us to defend the rights of those women and those children wherever we can and that is what we’re going to do.”

He said the funding will be spent on providing more safe spaces and accommodation for abuse survivors, recruiting counsellors, and allowing frontline charities to offer more virtual ways to assist those in need.

A spokesperson for the Ministry of Housing, Communities and Local Government said “most” of the funding will be used to help vulnerable people in England, but a breakdown has not yet been given.

Mr Jenrick also outlined the Government’s Domestic Abuse Bill, which aims to create “the first ever legal definition of domestic abuse” and had its second reading in Parliament last week.

He said the Bill would give victims of domestic violence priority access to local housing services “much more easily” so they do not need to “make the unbearable choice between staying somewhere that they know is unsafe or becoming homeless.”

Shadow home secretary Nick Thomas-Symonds said the Labour Party “welcomes the fact that the Government has listened to strong calls from those working in the domestic abuse sector and from Labour.”

“In recent weeks we have pressed the Government to urgently release ring-fenced funding,” he said.

“We will look at this package closely, to ensure it is sufficient to meet people’s needs and that the money gets where it is required quickly.”