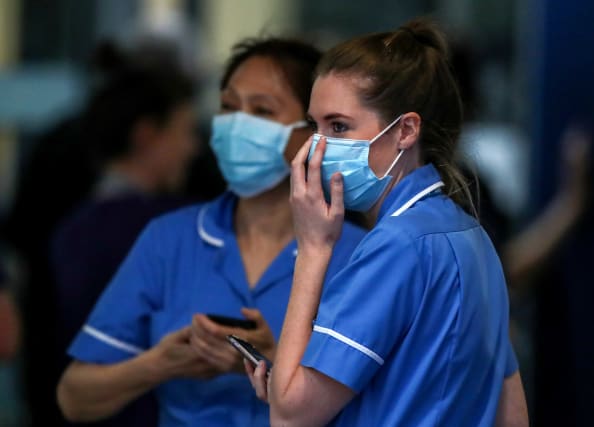 Ex-Army generals have called on the Chancellor to reward frontline NHS workers with cash bonuses as a thank you for risking their lives.

Former head of the Army, General Lord Richard Dannatt, and ex-chief of the Defence Staff General Lord David Richards, backed calls for nurses, doctors and care workers to be granted a tax-free allowance similar to operational allowances given to those who served in Iraq and Afghanistan.

Speaking to the Sunday Mirror, which is campaigning for the daily payments, Lord Dannatt said: “All the talk is about our heroic NHS and care workers on the front line, just as we talked about our brave men and women in Iraq and Afghanistan.

“But the difference is we gave our soldiers an extra daily allowance to fight on our behalf, so why are we not doing the same on the NHS and care front line?”

Lord Richards added: “One good thing to come out of the pandemic is the chance for us all to pause and rethink what is important.

“Those that genuinely serve and sometimes risk their lives for their country must go much higher up the list of those we value most – whether nurses, doctors, soldiers or care workers.”

As of April 2020, army personnel deployed in the most dangerous regions are entitled to a daily tax-free payment of £29.02 on top of their wages for six months, according to the Ministry of Defence.