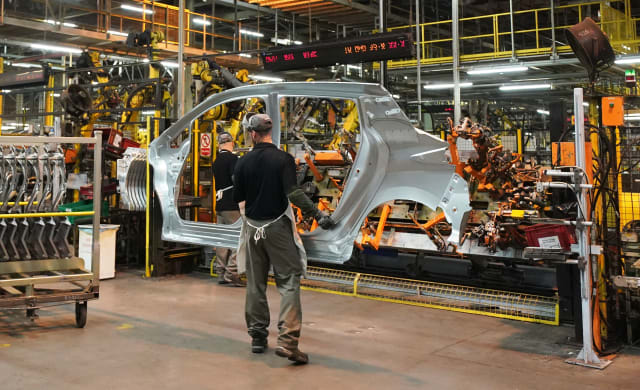 Manufacturing collapsed in April as the economy seized up in the grip of the coronavirus lockdown, according to new data.

The closely followed Purchasing Managers’ Index (PMI) for the sector fell to 32.6 in April – anything below 50 is seen as a sign of an industry shrinking.

The drop, from 47.8 in March, is one of the steepest since the IHS Markit/CIPS surveys were first carried out 28 years ago, the compilers said.

It also beat the previous lowest score of 34.5, which was recorded in February 2009 during the financial crisis, and means manufacturing in the UK has been in decline for 10 of the past 12 months.

Speaking to managers between April 7 and April 27, the compilers also found that orders fell across the consumer, intermediate and investment goods sub-industries categories.

The only companies seeing a boost were those producing or repurposing their factories to make food or medical supplies – although this was nowhere near enough to offset the falls elsewhere.

Rob Dobson, director at IHS Markit, which compiles the survey, said: “UK manufacturing suffered its worst month in recent history in April, as output, order books and employment all fell at rates far surpassing anything seen in the PMI survey’s 28-year history.”

He added: “Inflationary pressures are remaining in check at the moment, linked to weak demand and collapsing global oil prices, but persistent shortages could start to drive some prices higher, notably for food.

“The outstanding question remains how long the current restrictions will need to remain in place, and which sectors can start to safely reopen.

“The pressure is mounting as the longer the global economy remains in lockdown, the greater the cost to industry will grow, and the greater the likelihood that more jobs will be cut.”

Duncan Brock, group director at the Chartered Institute of Procurement & Supply (CIPS), said: “There is no comparable time in history to make predictions against, but, as production ramps up again in the Far East, the sector remained optimistic that, in a year’s time, the operating environment will resemble some new normality.”

Government spending on coronavirus policies revised up to £132.5bn – OBR