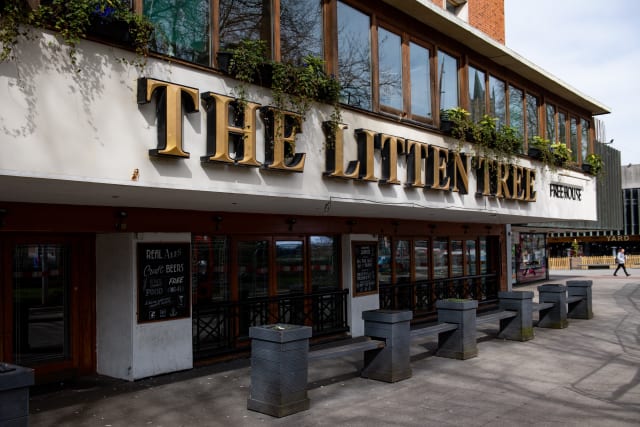 Pub beer sales collapsed by 40% in March compared to a year ago and will be zero in April, highlighting the devastating impact of the shutdown, new figures show.

The British Beer & Pub Association (BBPA) said pubs were the first sector to be hit by the Covid-19 crisis after they were ordered to close by the Government.

The fall in pub sales shows the “cliff-edge impact” of the Prime Minister’s advice to avoid pubs, followed by the order for them to close, said the trade body.

It welcomed Government financial support to help pubs, but it warned there were “significant gaps” that needed to be filled.

The BBPA said 10,000 of the UK’s 47,000 pubs have not been offered any Government grant support, because they have a rateable value above the arbitrary £51,000 threshold, leaving some facing permanent closure.

Emma McClarkin, chief executive of the BBPA said: “These stark figures reveal how the lockdown is having a devastating impact on our pubs.

“The cliff-edge impact on our sector in March, when people were told to stop going to the pub and then pubs were shutdown, is clear to see.

“In April, beer sales for pubs will be zero.

“This is devastating our sector, who still have huge fixed costs to cover, far in excess of the sales revenue and financial support they are receiving from Government right now.

“Local pubs are the heart of our communities.

“They are vital socially, culturally and economically.

“Without further support, particularly for the 10,000 pubs who aren’t getting any grants, many pubs across the UK are in real jeopardy of being lost forever.

“When this crisis is over, the first place many will want to visit with their friends, family and neighbours is their local pub.

“The Government must invest in them now to save them for the future.”