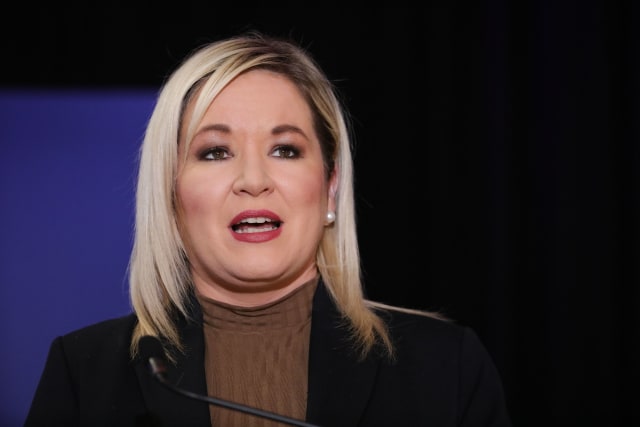 Northern Ireland is “not in the space” to consider relaxing guidance for older people shielding during the coronavirus crisis, the deputy First Minister has said.

Michelle O’Neill’s comments came ahead of a move by the Irish government to allow people over the age of 70 to leave home for exercise.

Ms O’Neill told the daily Covid-19 briefing at Stormont the self-isolation request issued in March to the over 70s and younger people in high-risk health categories was based on “sound medical advice” and it could not be relaxed.

Asked whether ministers would be contemplating any change in the guidance that might allow older people some latitude to leave home, Ms O’Neill said: “We’re not in the space to talk about relaxing those types of measures, we’ll take all that under review next week but clearly older people, people who are more susceptible to the disease, who are more vulnerable, they have all been asked to shield for 12 weeks.

“So you couldn’t relax that because that’s based on sound medical advice.”

First Minister Arlene Foster said it was important that steps to protect the older community continued.

She said it was important that older people were given a message of hope that there would be an end to the restrictions.

But she said the virus would only be completely defeated when a vaccine was found.

“In the interim we have to protect our most vulnerable and precious members of society,” she said