Life on the inside: 10 TV shows to binge watch during lockdown 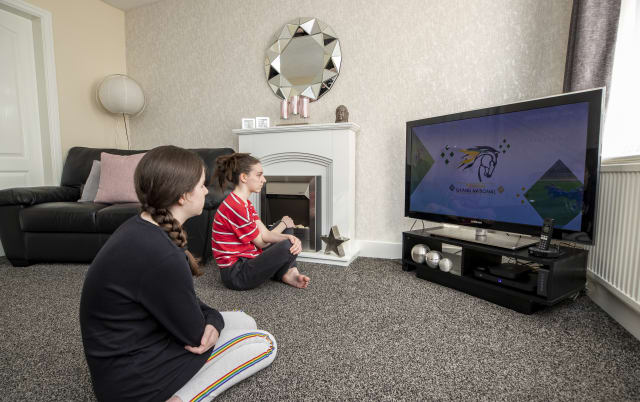 Television is one of the finest forms of escapism – giving you the chance to lose yourself in a fantasy world, get to know a relatable character or learn something you never knew.

Certain shows can make you laugh, some make you cry and others keep you on the edge of your seat – which is why they are perfect for overcoming the lockdown boredom.

Here are 10 TV shows you could binge watch during lockdown.

Ricky Gervais’ dark comedy had viewers laughing and crying over the first six episodes of season one.

And the new series, which has just dropped on Netflix, has had the exact same impact, as we watch widow Tony coming to terms with life after losing a loved one.

With the coronavirus lockdown keeping many people away from loved ones, it may be the best time for viewers to resonate with this hilarious, yet tragic story.

This phenomenally successful docu-series about tiger owners in the US has barged its way into pop culture and seems to be the hot topic on social media.

Millions of Netflix subscribers have watched the bitter years-running feud between eccentric big cat conservationists Joe Exotic and Carol Baskin, and the private zoos and sanctuaries they have set up for their unusual and deadly animals.

The series may well be over-hyped as viewers look to binge on anything out of boredom, but its well worth watching if you wish to understand the countless memes flooding Twitter and the rave reviews it’s had so far.

The lockdown period has given viewers more time to revisit some of their favourite box sets, and where better to start than arguably one of the greatest television series of all time?

This mobster-epic follows the life of New Jersey-based Tony Soprano, and his struggle to balance family and criminal life.

Fans have flocked back to watch the flawless performances of James Gandolfini in this gripping drama, which helped pave the way for the cinema-quality TV shows that followed.

All 86 episodes of the Sopranos are available on Amazon Prime Video or on Sky Box Sets in the UK.

The new series of this popular spy-action thriller returned earlier this month, and if you haven’t already watched it, there’s plenty of time to do so.

This tense, on-screen game of cat and mouse is perfect for those long days in lockdown, with episodes available on BBC iplayer.

Football fans up and down the country are desperately trying to fill the void left by the beautiful game, and some are turning to classic re-runs of matches or video games.

But perhaps the best way to immerse yourself in the competitive thrill of live sport is to watch the rollercoaster ride of Sunderland’s fall from grace over two years.

Taking over from the first series, which showed the Black Cats’ miserable relegation from The Championship, a brand new second season on Netflix has ramped things up, showing how the club has settled into life in League One.

The docu-series gives football fans a detailed behind-the-scenes insight into how clubs are run and the struggle between supporter expectations and the results on the pitch.

As the new series of the quirky comedy series is currently airing on television every Friday, viewers who are yet to watch a single episode are able to catch up on Netflix or All 4.

With eccentric characters and wonderfully British humour, each episode flies by as you watch the wacky, weekly dinner of the Goodman family.

As many families are cooped up together in the same house, this show allows viewers to laugh at the bizarre behaviour of those living around them through a familiar lens.

Those seeking some nostalgic comedic relief should look no further than the classic tale of Del Boy and Rodney Trotter as they chase a life of fortune in Peckham.

The timeless sitcom has been a mainstay in British households since the 1980s, and although the show has had a huge amount of reruns, fans have been flocking back since the beginning of the coronavirus lockdown.

With seven series and 16 Christmas specials to get through, viewers will be left with no shortage of content to binge through.

This creepy science fiction television series has captivated viewers from the beginning, with an addictive narrative serving as a throwback to the 1980s films of Steven Spielberg.

With supernatural themes and tension-filled scenes, Stranger Things is enjoyable for almost all the family, and will keep viewers guessing from the start.

Now is the best time to begin making your way through the three series on Netflix, as a new season is on the way soon.

It is an obvious choice, but if you haven’t yet entered this escapist fantasy world, then your chance is now.

With the world in a different place at the moment, why not look for dragons, gory battles and family feuds to beat the lockdown blues?

The names Daenerys Targaryen and Jon Snow, no doubt dominated dinner-table conversations for years, and those left in the dark can catch up with the show’s legion of fans.

Be sure to ignore the countless spoilers and theories plastered all over social media before you delve into this 8 season epic series available on NowTV and Amazon Prime.

The lockdown period means everything is slower than it once was, and thrill-seekers are looking for a way to inject some intensity into their lives.

This docu-series on Netflix consists of 20 episodes of just that, giving an exclusive behind-the-scenes look at the drivers and races of the 2018 and 2019 Formula One World Championships.

An extremely well-crafted documentary which captures the true drama of motor racing, you’ll be so close to the action you can almost smell the rubber, hear the roaring engines and feel the energy beating from the race tack.