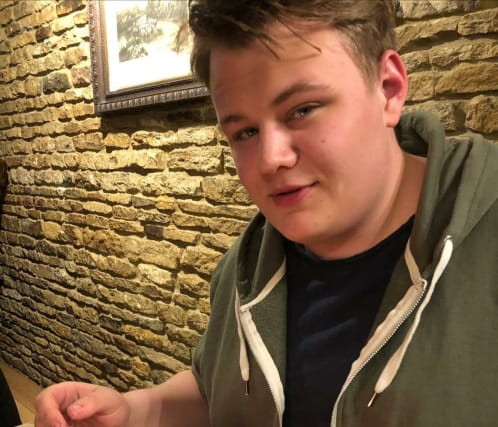 The mother of Harry Dunn has said she is hopeful the “door is slightly ajar” despite the US government maintaining its position on the diplomatic immunity granted to her son’s alleged killer.

Charlotte Charles said she was “disappointed” with the response of the US State Department to a letter she sent on Tuesday and remains optimistic about receiving a “personal response” from President Trump and Secretary of State Mike Pompeo.

The letter, from Mrs Charles and Harry’s father, Tim Dunn, came after the PA news agency reported that lawyers acting on behalf of 42-year-old Anne Sacoolas had opened up a dialogue with the Foreign Office earlier this year to work towards a “resolution”.

Downing Street backed the teenager’s parents’ attempts to lobby the president after Mrs Charles and Mr Dunn asked the pair to review the decision to block an extradition request for the suspect.

The parents urged the president and the secretary of state to reconsider the decision to refuse the Home Office’s request to extradite Mrs Sacoolas, saying the UK justice system has “fairness at its heart”.

They took their campaign for justice to the US in October, two months after their 19-year-old son was killed when his motorbike collided with a car outside a US military base in Northamptonshire.

She was charged with causing the death by dangerous driving of Mr Dunn in December but an extradition request was rejected by Mr Pompeo in January.

On Thursday, a spokeswoman for the US State Department reiterated its position that at the time of the accident, and for the duration of her time in the UK, the driver had immunity from criminal jurisdiction.

She told PA that the Foreign Secretary had made that clear in Parliament on October 21, 2019 and since the accident occurred, the United States had been closely engaged with the UK Government and have been transparent about their positions on legal and diplomatic matters.

The family’s spokesman, Radd Seiger, said the response to the letter was “shockingly poor” – adding the Foreign Secretary’s address to the House of Commons would be something he would “live to regret”.

Reacting to the response from the US State Department, Mrs Charles told PA: “Although we are disappointed with the response, it seems to me that they have left the door slightly ajar.

“I hope Tim and I get a personal response.

“We want to engage with President Trump and Secretary Pompeo to deal with this on a friendly basis.

“They know I made a promise to my son to get him justice and we won’t stop until that happens.”

Also commenting on the response, Mr Seiger told PA: “With all due respect to the State Department, that is a shockingly poor response to what was a warmhearted and genuine letter to President Trump and Secretary Pompeo from Harry’s parents which was sent in good faith.

“I see they seize on Dominic Raab’s ill-judged words to the House of Commons on October 21 when he stated Anne Sacoolas had diplomatic immunity as justification for their unlawful and egregious conduct in denying Harry’s family the justice they deserve.

“As is now becoming clear, that was a highly misleading statement to parliament which Mr Raab will live to regret.”