Flights between Northern Ireland and Britain protected with £5.7m investment 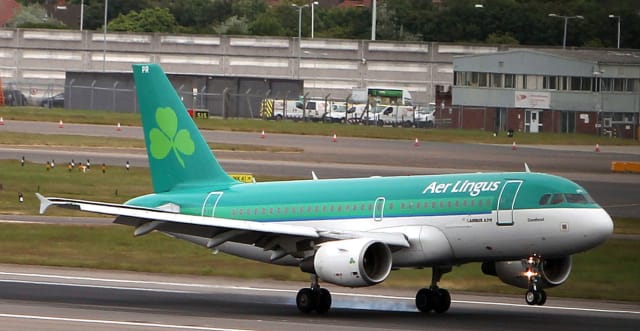 Flights between Britain and Northern Ireland will continue to operate through £5.7 million of taxpayer funding, Transport Secretary Grant Shapps has announced.

The package is being funded by the UK Government and the Northern Ireland Executive to ensure airports and airlines do not axe “lifeline services” because of the collapse in demand caused by the coronavirus pandemic.

Aer Lingus and Loganair will be subsidised to maintain London flights to and from Belfast City Airport and City of Derry Airport respectively.

The Northern Irish airports involved will also be given funding to provide ground services for the flights.

The Belfast-London route “would be at risk without financial assistance given low passenger numbers”, the Department for Transport stated.

“We must ensure that critical workers can continue to fly over the Irish Sea and today’s investment in these lifeline services guarantees that.”

Northern Ireland’s Infrastructure Minister Nichola Mallon said: “Our airports have been badly affected by the dramatic drop in passenger numbers but, like me, they recognise the need to keep our island connected.

“This is a unique payment that will offer much-needed support in the short term during the crisis.”