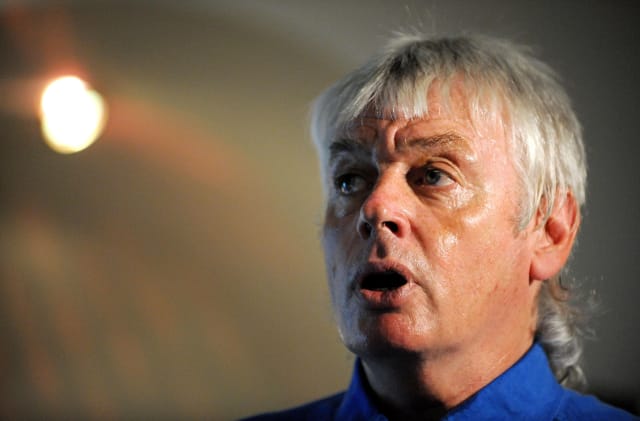 A page belonging to David Icke has been removed from Facebook amid concerns about the peddling of dangerous conspiracy theories around coronavirus.

The former footballer’s page had more than 770,000 followers on the platform, but a secondary account with some 68,000 followers remains active.

Among Icke’s most controversial claims is the unproven suggestion that 5G is linked to the Covid-19 outbreak, a theory which has been widely discredited as “utter rubbish” by the scientific community, Government and industry.

In the weeks during lockdown, a number of mobile masts were attacked across the country, including one covering the area near Birmingham’s Nightingale Hospital.

A screenshot taken by Icke shows that he received a notice from Facebook, saying: “Your page has been unpublished for going against the Facebook Community Standards on health misinformation that could cause physical harm.”

A verified account for him remains on Twitter, where it hit out at Facebook’s decision and accused the company of being fascist.

The move comes as a group of famous medics including Dr Christian Jessen, Dr Dawn Harper, and Dr Pixie McKenna, as well as author and former junior doctor, Adam Kay, join a call by the Centre for Countering Digital Hate (CCDH), telling all social networks to remove the accounts of Icke from their platforms.

A report by the organisation claims that Icke’s conspiracies about coronavirus have been viewed over 30 million times.

“While people around the world make enormous sacrifices to stall this pandemic, social media firms are instead profiting from the proliferation of misinformation on their platforms,” said Imran Ahmed, chief executive of the CCDH.

“Misinformation puts all of our lives at risk by encouraging the public not to comply with clinical guidance.

“It’s time to stop giving valuable airtime on their platform to the most dangerous voices and instead join with the rest of us in trying to contain this lethal pandemic. The reckless endangerment of public safety by greedy social media firms must stop.

“Facebook must now look at the vast network of pages and groups in which Icke’s content is shared.”

An interview with the conspiracy theorist was recently aired on London Live, in which he shared some of his unsubstantiated views on the causes behind the outbreak of Covid-19.

The Hope Not Hate advocacy group said: “It is welcome news that Facebook have removed David Icke’s page.

“He has promoted dangerous conspiracy theories, including the idea that Covid-19 is a hoax.

Icke is also accused of making racist and anti-Semitic remarks on social media.

“Big arenas have rejected him, yet social media orgs allow him a megaphone (& pocket the profits).