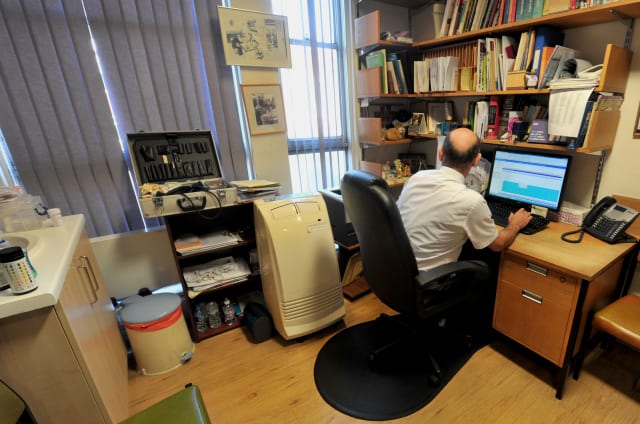 There could be a “dramatic” change to how GPs see patients in the future, with around half of consultations moving online, a doctors’ leader has said.

Professor Martin Marshall, chairman of the Royal College of GPs, told the Commons Health and Social Care Committee there had been a large uptake in virtual consultations due to Covid-19, in part because doctors had been given more sophisticated technology and equipment.

He told MPs: “There’s going to be a dramatic change.

“So, prior to the pandemic, about 70% of consultations in general practice were carried out face to face.

“Now, according to the data, it’s about 23%, I suspect it might even be less than that.

“That’s been enabled, of course, because it had to be, that was the reality of not being able to provide face-to-face care except when it’s exceptionally required.

“I think the future will be somewhere between where we were and where we are. I don’t think that 70% of consultations have to be carried out face to face before the crisis and I don’t think 20% to 23% is right either.”

Prof Marshall said virtual consultations would not be suitable for all patient needs but about 50% could be online.

However, he said remote consultations were not suitable for “problems that require relationships, that require you to understand, to be able to lay on hands, to be able to use your sixth sense to see non-verbal communications, all of the things that are really the essence of general practice”.

Prof Marshall said support would be needed to set up the equipment and train GPs in addition to providing the kit.

He added: “It’s a small investment that’s required, which could have a massive impact on our ability to provide a different kind of care for those who will benefit from it.”

Prof Marshall also told MPs he was worried about a reduction in diagnoses of dementia due to the closure of memory clinics.

“That is a very real concern, and of course it’s relevant to mention, but it’s relevant to many other conditions that we’re looking after, and particularly in the early days of the crisis a lot of services that we wanted to refer to had shut down,” he said.

“Progressively they’re opening up and that’s getting easier for us, I think.

“Dementia services, by and large, are still quite difficult, they’re not being regarded as a priority however important they are to the patients we are serving.”