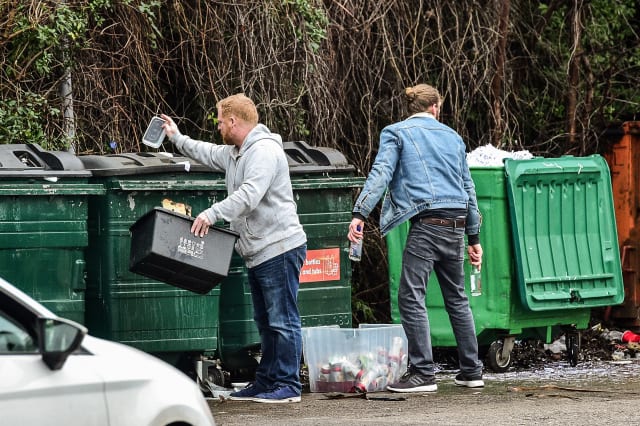 Councils should be confident to reopen tips “as soon as possible”, a senior Government minister has said, but there have been warnings that protective equipment for waste workers and proper social distancing must be put in place.

Local Government secretary Robert Jenrick confirmed some tips will open up this weekend, and said delaying opening waste centres will mean longer queues when they eventually do.

Councils are keen to open waste and recycling centres, the Local Government Association (LGA) said, but the body insisted they can only do so when they can be sure sufficient measures are in place to protect staff and the public.

Mr Jenrick said that, due to large demand, many councils may opt to reopen their sites in a “staged” manner, which he said is “sensible” and the “right thing to do”.

He told BBC Breakfast: “The longer we delay it, the longer those queues are going to be when the waste sites reopen.”

He said visiting a tip is a “perfectly legal” thing for people to do, but warned people “obviously don’t abuse it”.

He added: “There is no reason why you cannot travel to a tip to put household waste there or do recycling. Councils should have the confidence to reopen them as soon as possible.”

Some recycling centres in Greater Manchester will reopen on Saturday, with a number plate recognition system in place, limiting visits to certain days depending on the vehicle registration.

People intending to go are being reminded they should only do so “if you really need to” and remain two metres from people at all times.

Police will be needed to manage “inevitable” traffic queues at tips and a permit system and longer opening hours could be considered to deal with demand, councillor David Renard, environment spokesman for the LGA said.

He said: “HWRCs (household waste recycling centres) can only re-open when they have sufficient staffing and social distancing measures are in place to protect staff and members of the public, which remains paramount.

“To safely manage visitor flow and pent-up demand, the police will need to manage inevitable traffic queues at the sites, with consideration needing to be given to whether supportive measures, such as a permit system and longer opening hours might be needed.”

He said it is crucial that staff are given PPE and said reopenings will be decided locally based on risk assessments taken in each local authority area.

New research this week showed fly-tipping had increased by 300% in rural communities during the lockdown.

Researchers from the universities of Southampton and Portsmouth said the increase in illegal waste dumping followed the closure of almost all tips, while at the same time the number of DIY projects has increased by householders stuck at home.

An intensive care nurse told PA she had to clean up rubbish dumped outside her Ealing home, after working a 13-hour shift.

Margaret, who did not want her surname included, said: “People just drive around and dump in my front garden.”

She said the problem had become worse since the lockdown.

She added: “We have rats the size of small dogs and they come into the building. There are children in the building and this poses a health hazard.”