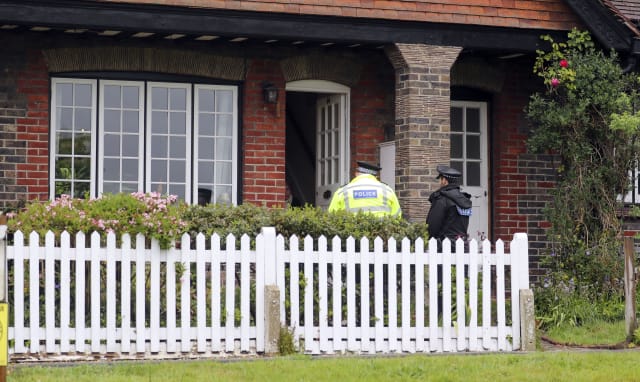 An 88-year-old widower found dead in a home in a quiet Surrey village has been praised as a “lovely chap” who was an active part of the community.

A murder investigation is under way after Dennis Kellond died from a head injury and was discovered on Monday.

He lived alone in the village after his wife died and his death during the Covid-19 lockdown has left the community shocked.

Officers have been knocking in doors all around the village of Godstone seeking information that might lead them to Mr Kellond’s killer.

Surrey Police have not formally identified the victim, but he was named by Reverend Peter O’Connell, from nearby St Nicholas Church.

The community has been left heartbroken, with neighbours particularly shocked at what happened to Mr Kellond, Mr O’Connell said.

Speaking to the PA news agency he said: “You sort of expect that if absolutely terrible things happen in the world then it’s not going to be anything here and especially not to someone who is 88 and no threat to anyone.

“His wife died a few years ago.

“It comes as a shock to the community and particularly at this time.”

Mr O’Connell described Mr Kellond as “helpful” and “nice to talk to”, adding: “He was still out and about coming to things like coffee mornings at 88, still involved in village life and will be missed.

“It’s just a shock to have someone like that to have trouble come to him.”

In normal times if a tragedy like this were to hit the community Mr O’Connell said the church would be opened up for people to gather, but the coronavirus lockdown makes this impossible.

He said: “Normally if something like this happened the community can come together in some way to remember them but with all the restrictions from the virus, which are quite right, we can’t do all these things.”

Mr Kellond was also known as an avid fan of the ball game petanque, and a GoFundMe initiative has been set up raising money to name a pitch in honour of his memory.

The fundraiser can be accessed here: https://www.gofundme.com/f/in-memoriam-dennis-kellond

A section of the A25 was shut for more than 24 hours while police in white forensic suits examined the area.