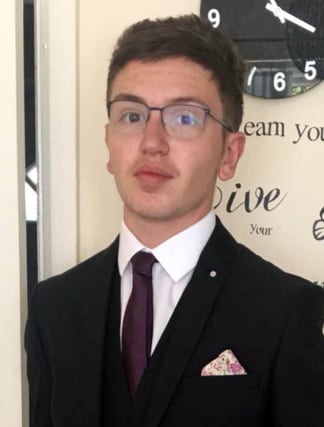 Police watchdogs have discontinued a misconduct investigation following the death of a grammar schoolboy in Cheshire.

Yousef Makki, 17, a scholarship pupil at Manchester Grammar School, was knifed in the heart by his friend, former public schoolboy Joshua Molnar, 18, during a fight in upmarket Hale Barns on March 2 last year.

Molnar, from a wealthy Cheshire family, told a jury he acted in self-defence after Yousef pulled a knife on him.

He admitted possession of a knife and perverting the course of justice by initially lying to police about what had happened, but was acquitted of murder and manslaughter by a jury after a trial at Manchester Crown Court last July. He was given 16 months in custody.

On Thursday, the IOPC said the GMP investigation had been discontinued.

Amanda Rowe, regional director of the IOPC, said: “Greater Manchester Police (GMP) made a referral to us, earlier this year, concerning its criminal investigation following the death of Yousef Makki and the subsequent trial. We began an independent investigation in February.

“However, during the course of the initial stages of the investigation it became apparent that no potential misconduct by any individual officer could be identified.

“We also assessed GMP’s own review of its murder investigation and acknowledge that a number of changes to its procedures will be implemented as a result of learning recommendations made.

“Taking these factors into consideration, our investigation has been discontinued and the force has been informed.

“On April 27 we spoke to Yousef Makki’s family to inform them of this development. Our thoughts and sympathies remain with them.

“Our investigation in relation to the actions of Cheshire Constabulary concerning their response to incidents prior to the death of Yousef Makki continues.”

The probe into Cheshire Police is understood to involve investigating events before Yousef’s death and not the criminal investigation after he was stabbed.

At a pre-inquest hearing earlier this year, Matthew Stanbury, representing the Makki family, said matters surrounding the teenager’s death “have not been sufficiently aired” and some things put before the trial jury were “presented on a false premise”.

Amy Caves, representing Cheshire Police, told the hearing the force was concerned with “ongoing criminal investigations” involving “two robberies and an assault”, but no further details were made public during the hearing.

Coroner Alison Mutch told the family if a final inquest is held, by law it cannot come to a conclusion “inconsistent with the findings of a criminal court”.

Adam Chowdhary, 18, a second defendant, who went on trial alongside Molnar was acquitted of perverting the course of justice. He was given a four-month detention order after admitting possession of a flick knife.

Both he and Molnar were acquitted of conspiracy to commit robbery in the lead-up to Yousef’s death.