Veterans Commissioner to be recruited for NI 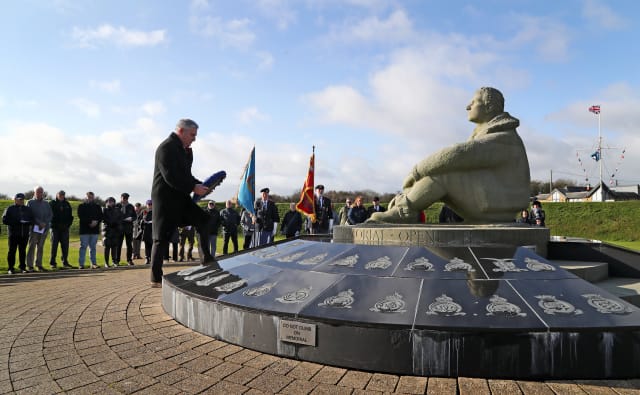 A Veterans Commissioner is to be recruited for Northern Ireland.

Much of the military advocate’s work will focus on how ex-servicemen navigate public services, an advert placed by the Northern Ireland Office (NIO) said.

The new post was promised as part of the New Decade, New Approach deal signed to restore Stormont devolved powersharing earlier this year.

The job advert said: “The Northern Ireland veterans commissioner will be a visible leader and exemplar, establishing a strong network and creating a vision of future service provision for veterans in Northern Ireland which supports the realisation of the ambition shared across the UK to be the best place in the world to be a veteran.

“The commissioner must balance this strategic vision with managing short and long-term priorities, while remaining sensitive to the unique political and historical context in Northern Ireland.

“The commissioner will be influential with others and work constructively with senior stakeholders, from public sector organisations and the ex-service sector, to support improved outcomes through collaboration and negotiation.”

She said: “This commissioner has been something we have pressed the Government to act on because our veterans need a dedicated champion who will work with the public, private and voluntary sectors to ensure their needs are understood and addressed.

“This was a commitment from the New Decade New Approach Agreement which led to the restoration of devolution in January.

“The key focus of the new commissioner must be the full implementation of, including a statutory duty to comply with, the Armed Forces Covenant in Northern Ireland.”