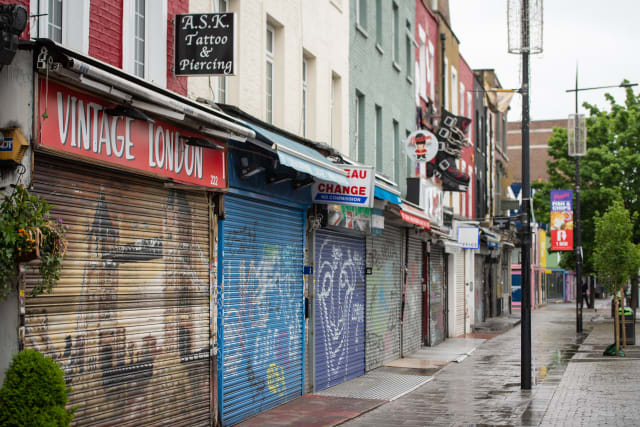 Two-thirds of UK businesses have applied for Government help paying wage bills for furloughed staff, but less than a fifth have received support so far, according to official figures.

The Office for National Statistics (ONS) said the Government’s coronavirus job retention scheme was the most popular support programme, with 66% of firms surveyed having applied.

The data revealed that 19% of firms that have applied have received help since it went live on April 20.

More than half – 56% – of firms have also applied for the VAT deferral scheme, although just 42% have received the support.

The ONS data showed the impact of the Covid-19 lockdown on businesses across Britain, as it revealed nearly a quarter of firms – 24% – have said revenues have more than halved.

It found that of all businesses continuing to trade, 57% reported their turnover had decreased in some way, while 13% expected revenues to fall “substantially” in the next two weeks.