A stroke of good luck! Royal family photographer Samir Hussein admitted that one of his best pictures came from an unplanned moment — and it's the Duchess of Cambridge's all-time favourite snap.

The award-winning photographer reflected on capturing an iconic photo of Kate approaching Westminster Abbey on her wedding day nine years ago. "It just came about really quickly," he told US Weekly exclusively. "I think there were some quite big crowds outside, outside the abbey. A lot of people being camping out for days and days. And I think she just wanted to acknowledge the crowds, but also with it being such an enormous event, the cameras and stuff." 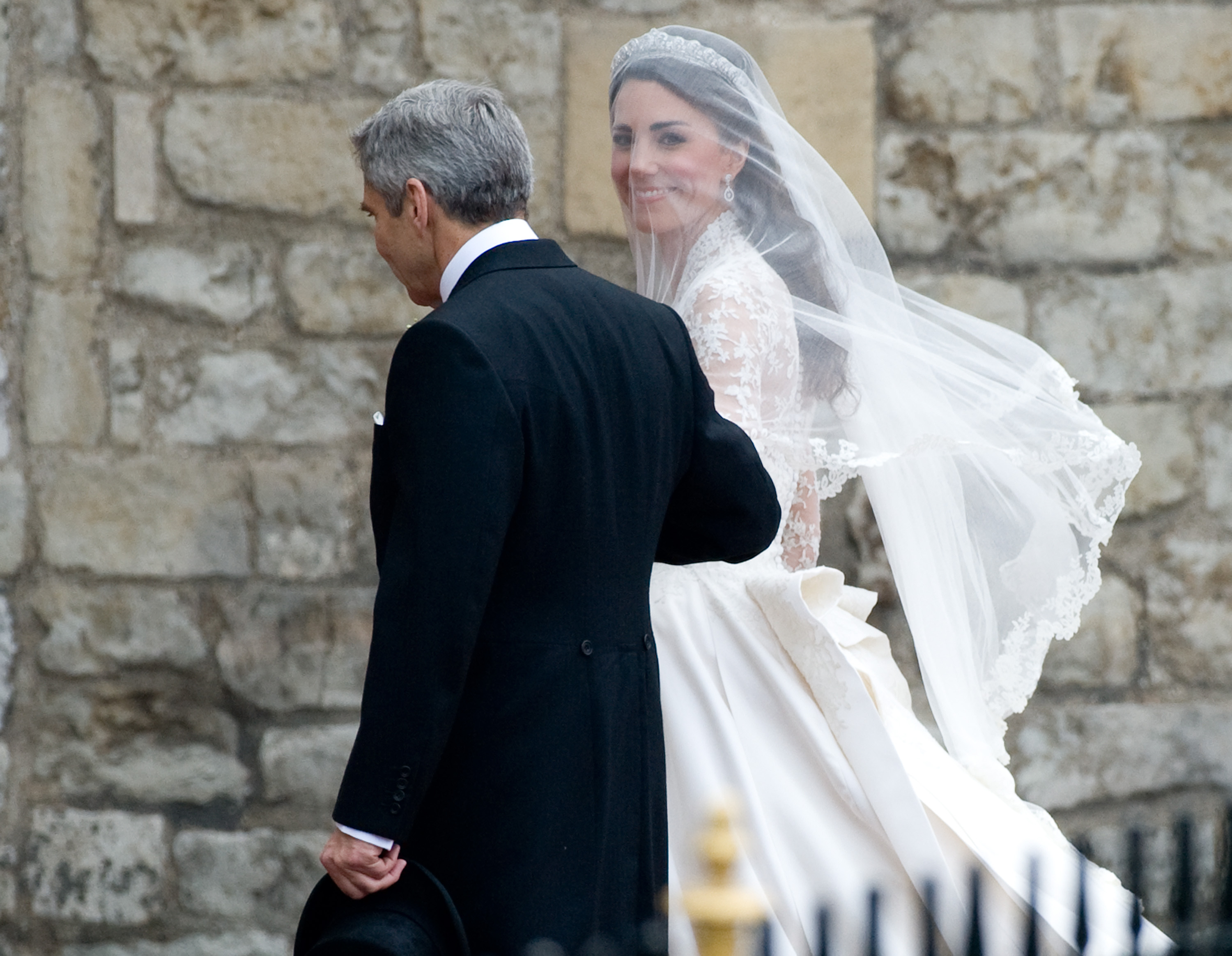 Though many moments of the royal wedding were carefully rehearsed and precisely planned, Hussein remembered this perfect snapshot as the result of a major coincidence. "She was just acknowledging all of those around her," he explained. "It was really nice when she turned straight in my direction and waved sort of straight down the barrel of my lens, and I gave a big smile."

Kate's wedding to Prince William added some beautiful photographs to the royal family's collection, and the Duchess of Cambridge has a soft spot for this particular picture. "I've been told that that's one of her favourites," Hussein said. "It was actually used by the Royal collection when the dress went on display at Buckingham palace for all our advertising ... That picture was on the Underground, on big posters and billboards all around London. I think she had a big hand [in that]."

As he's gotten to know Kate and William, 37, over the years, Hussein has noticed the royal couple opening up to him more and being more comfortable around the camera. Having been on a number of different tours with the Duke and Duchess of Cambridge, the photographer has seen the pair shed the strict expectations of "royal protocol" and becoming "much more relaxed" than people might expect.

"They tend to be a bit more jokey," he said. "They're just a lot more relaxed, so I think that's where I get a lot of my best pictures and you can see a bit more of their personality come out."

- This article first appeared on US Weekly