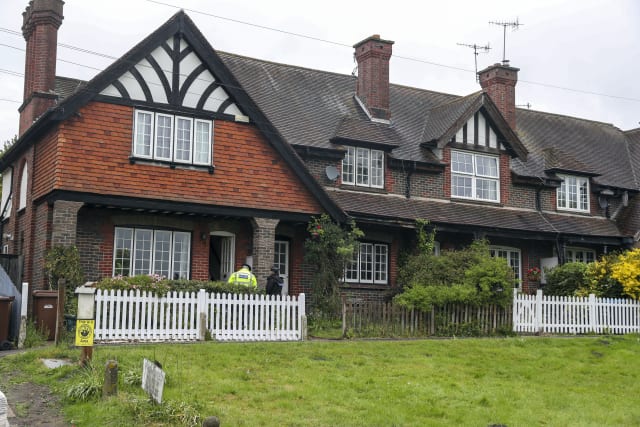 Detectives probing the killing of an 88-year-old widower in a quiet village have arrested a man on suspicion of murder.

“Lovely chap” Dennis Kellond died from a head injury and his body was found on Monday in a tragedy that shocked the small local community.

Surrey Police announced on Thursday afternoon that a 41-year-old man from Lingfield has been arrested and is currently in custody.

East Surrey Chief Inspector Alan Sproston said: “The latest development in this investigation should go some way to reassuring the local community that we are doing everything we can to find out what has happened and to identify and bring to justice those responsible for this horrendous crime.

“Our thoughts remain with Mr Kellond’s family at this time who are being supported by specialist officers.”

Mr Kellond lived alone in Godstone after his wife died and his death during the Covid-19 lockdown has left the village reeling.

Local reverend Peter O’Connell from St Nicholas Church paid tribute to Mr Kellond, who he said was an active part of the community.

He told the PA news agency: “You sort of expect that if absolutely terrible things happen in the world then it’s not going to be anything here and especially not to someone who is 88 and no threat to anyone.”

Mr Kellond was also known as an avid fan of the ball game petanque, and a GoFundMe initiative has been set up raising money to name a pitch in honour of his memory.

The fundraiser can be accessed here: https://www.gofundme.com/f/in-memoriam-dennis-kellond