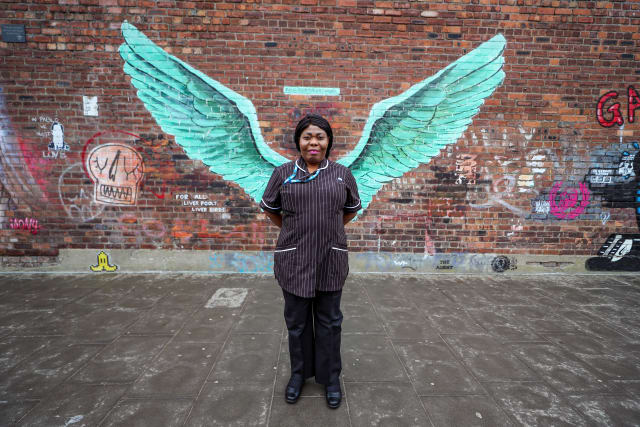 Referring to NHS staff as “heroes” and “angels” is “problematic” because it risks casting those with genuine fears for their own safety as “cowards”, a researcher has suggested.

Dr Esther Murray, from Queen Mary University of London and a contributor to a new guide on supporting NHS workers’ mental health during the Covid-19 pandemic, said staff are “justifiably frightened and angry” as they grapple with new challenges prompted by the biggest public health emergency since the Second World War.

The guide, published in the European Health Journal, described how healthcare workers will likely be psychologically impacted by the job during the pandemic and will require support from their organisations.

It highlights issues such as choosing which patients will not receive life support if there are resource scarcities, and the “guilt” associated with some staff being unable to work in certain frontline positions where exposure to coronavirus is more likely, as negatively affecting a person’s mental state.

Dr Murray, a senior lecturer in health psychology, said: “The ‘hero’ and ‘angel’ tropes which we see bandied about are also highly problematic because they make it look as if people signed up to die, like a hero does, but they didn’t.

“It also makes it harder for NHS staff to talk about how they really feel because opinions get polarised – are you a hero or a coward?

“A lot of staff feel like cowards but they are not at all, they’re just quite justifiably frightened and angry.”

Staff have previously raised concerns about a lack of personal protective equipment (PPE) and working under gruelling physical conditions.

Others, during the early part of the pandemic, spoke of their distress at being unable to find fresh food in shops at the end of their shifts.

Researchers said some staff will inevitably have to leave their post if they contract the virus, prompting concerns they will feel “guilt about leaving front lines understaffed, fear that they have contaminated their families, and conflict about their roles as healthcare professionals and parents or carers”.

Those in quarantine will also “suffer from boredom, exhaustion and loneliness, especially as they usually work as part of a close-knit team. Post-quarantine, they may be anxious or reluctant to return to work”, the paper added.

The guide, produced by researchers from Queen Mary University of London, London’s Air Ambulance and Barts Health NHS Trust, and a London-based A and E doctor, provided a list of strategies and tactics healthcare leaders can draw on to support their teams, including better communication, empowering staff, and showing humility and humanity.

It also suggests staff get exercise and sleep, focus on positive things, and keep well fuelled.

It said: “Many staff will be negatively psychologically affected.

“There are, however, opportunities at every level to make a difference to the mental health support of staff, and to identify and encourage opportunities to find growth and meaning in this situation.

“Our society should now regard these individuals as ‘gold dust’ and it is our duty to provide the support they deserve.”