Johnson thanks NHS for coronavirus treatment and birth of his son 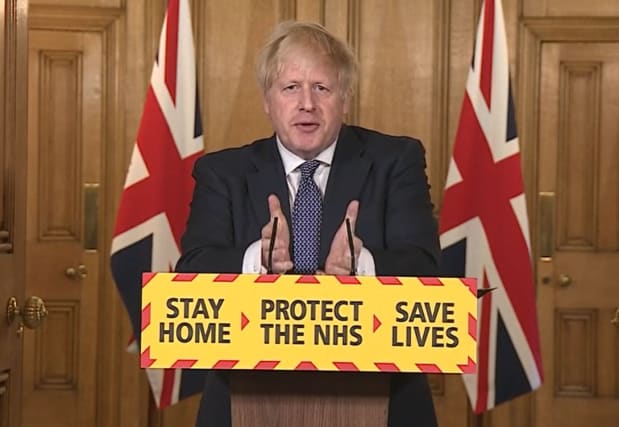 Prime Minister Boris Johnson has thanked the NHS for treating him when he was suffering with coronavirus, and for its part in the birth of his son.

Mr Johnson’s fiancee Carrie Symonds gave birth to a boy at an NHS hospital in London on Wednesday morning, and both mother and baby are said to be “doing very well”.

The news of the birth came just weeks after the PM was discharged from intensive care where he had been battling Covid-19.

Opening the briefing on Thursday, he said: “I want to thank everybody who has been doing such a good job in my absence and I want to thank the NHS for so much – including getting me back here and – I might add – a very much happier hospital visit yesterday.”

Mr Johnson, 55, and Ms Symonds, 32, announced in February that they were expecting a baby in “early summer”, and that they had become engaged at the end of last year.

Mr Johnson was present throughout the birth. The baby’s name is not yet known.

The PM’s father, Stanley Johnson, told the PA news agency he was “absolutely delighted” and “thrilled” by the birth of his grandson.

The Queen has sent a private message of good wishes to congratulate the couple on the birth of their son, Buckingham Palace said.

Downing Street said the Prime Minister, who is currently grappling with the coronavirus crisis, would take a “short period” of paternity leave later in the year.

The new family are planning to live in their Downing Street flat along with their dog Dilyn, the Number 10 spokesman confirmed.

Downing Street declined to say whether the baby was born prematurely and the spokesman was unable to provide details of the weight, timing, nature or location of the birth.