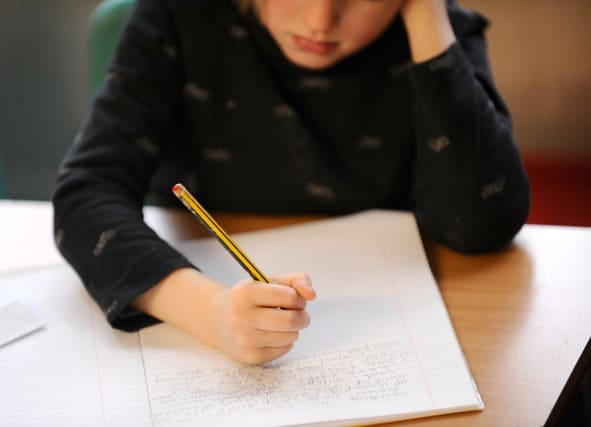 The Government must guide teachers through awarding GCSE and A-level grades to minimise the risk of bias against disadvantaged groups, the equality watchdog has said.

The Equality and Human Rights Commission (EHRC) has warned that the use of predicted grades could have a “lasting effect” on young people from ethnic minority backgrounds, disabled pupils and those with special educational needs, who are disproportionately disadvantaged.

It comes after teachers were instructed to provide grades that reflect the results students would have been most likely to achieve, after exams were cancelled due to Covid-19.

Schools have been told to rank pupils within each grade for each subject for their GCSEs and A-levels, but they are not allowed to share these with families until results are issued in August.

“At this time of national crisis, there is real danger that existing inequalities in education deepen,” the EHRC said in its response to Ofqual’s consultation on plans for awarding grades.

The equality watchdog called on the Department for Education (DfE) to issue guidance on the approach teachers should take to predicting grades and ranking pupils, to “minimise the risk of conscious or unconscious bias”.

A student’s socioeconomic background and ethnic group should be provided by schools to exam boards and Ofqual so they can check for “systematic advantages or disadvantages”.

If the evaluation reveals higher than average disparities for pupils with protected characteristics, these should be investigated with “appropriate remedial action” taken, the EHRC has said.

Students should also be able to appeal on “grounds of suspected unlawful discrimination”.

It comes after race equality think tank the Runnymede Trust sent a letter to Ofqual and the DfE on Wednesday raising concerns about potential bias against black students.

The letter, signed by academics and campaigners, also called for more guidance and support for teachers on how to rank students to “reduce inconsistencies” across groups of pupils.

David Isaac, chairman of the EHRC, said: “If we don’t get this right the future of some disadvantaged young people is severely at risk.

“We can’t let the crisis happening now affect the future of disadvantaged pupils when so many, particularly disabled pupils and those of ethnic minority background, already face an uphill battle.

“Young people’s futures must remain at the heart of responses – we are ready to work with Ofqual to ensure young people can fulfil their potential and are not limited by any barriers put in their way during this time of crisis.”

A report by education charity the Sutton Trust in 2017 found that predicted A-level grades for bright but disadvantaged students were more likely to be lower than their eventual grades.

An Ofqual spokesman said: “Our overriding priority is to ensure that this year’s grading is as fair as possible, so that students can progress to the next stage of their education or training.

“The guidance we have developed sets out how teachers can work together to best make objective, evidence-based judgments of student performance and we are confident that schools and colleges will be able to apply this fairly and consistently.”

The exams regulator said it recognises there are concerns about the potential for students to be disadvantaged and it is engaging further with organisations that are worried.

The spokesman added: “Our standardisation model will be designed to ensure, so far as is possible, that students are not advantaged or disadvantaged on the basis of their socioeconomic background or because they have a particular protected characteristic.

“Students who do not feel their calculated grade reflects their performance will also have the opportunity to sit an exam in the autumn.”