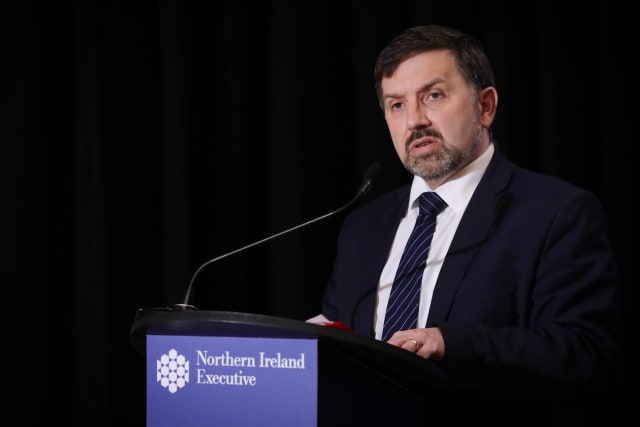 Gaps and losses in Northern Ireland’s data around the spread of Covid-19  should be addressed, the UK Statistics Authority said.

A daily information “dashboard” is due to go live on Friday, an official at Stormont’s Department of Health responded.

The Statistics Authority said there was “serious public concern” about changes made in how the data is reported during the pandemic.

“There are gaps in the data and daily time series have been lost since the statistics began to be issued through Department of Health news releases.

“These gaps and losses need to be addressed.”

He said data and statistics should be accompanied with clear information on sources, definitions and explanations.

“Users should be provided with appropriate context and explanation, particularly now, where different statistics from different data sources are being produced and used in relation to Covid-19.

“Communication to users of the statistics should be improved so they know in advance about any changes and where and when they can find the changed statistics.”

Responsibility for daily reporting of surveillance data moved from the Public Health Authority (PHA) to Department of Health (DoH) on April 19, with the release of a Covid-19 statistics dashboard.

Mr Humpherson added: “This dashboard was suspended two days later on the grounds that a figure in it was incorrect, with limited explanation of the nature of the error.”

A letter from a Stormont official said he intended to release daily information in the form of a public dashboard beginning Friday May 1 at 2pm each day.

He said: “I recognise that this would be a departure from the normal release practice of the standard publication time of 9.30am but would suggest that by moving to this release time we will be able to provide the latest position on a range of statistics that are of interest to our users.

“It will, for example, allow us to present a range of information reflecting the position in the preceding 24 hours as of 9am each day.”

Once the dashboard is up and running he said the intention was to add further content to provide a fuller picture of how the virus continued to affect citizens, and reflect user feedback.