Coronavirus Q&A: What is the R value? 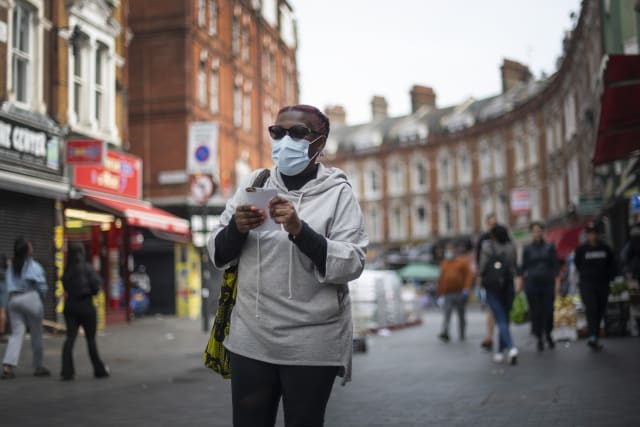 When scientists are faced with a new epidemic, they must act to understand how quickly it spreads.

They do this by estimating the basic reproduction number called the R0, or R nought, which reflects how infectious a virus is.

It is defined as the average number of people an infected person can expect to pass the virus on to before any widespread immunity or attempts at immunisation are made.

For example, if one person develops an infection and transmits it to two other people, the number would be R2. The higher the number, the faster it progresses.

If it is greater than one, the infection will spread exponentially, but if it is lower than one, it will spread slowly and eventually die out, according to the Centre for Evidence-Based Medicine (CEBM) at Oxford University.

– What is the R0 for the new coronavirus?

The World Health Organisation estimated at the start of March that the R0 was between 2 and 2.5, but estimates from different studies vary widely.

According to nine studies in China and South Korea between December and March, the mean estimated R0 was 2.63, the CEBM said.

An Imperial College London study widely seen as influencing the Government’s lockdown measures predicted around 490,000 deaths in the UK with a model using an R0 of 2.4.

By comparison, measles has an estimated value of more than R14 while smallpox is almost R6, the CEBM said.

– What is the rate of infection now?

The R value is now thought to be between 0.5 and 1, meaning that each person infected with the virus passes it on to less than one other person. This means the total number of cases is falling.

Strict social distancing measures, a dramatic drop in use of public transport, and people leaving the house only for essential trips are all cited as effective measures to slow transmission. As fewer people come into contact with each other, there are fewer chances for the virus to spread.

Reducing the R value to manageable levels forms one of the Government’s five tests it says must be reached before lockdown restrictions are adjusted.

The Scientific Advisory Group for Emergencies (Sage) is working on a range of options for easing restrictions while keeping the reproduction rate of the virus below 1.

However, earlier this week, Foreign Secretary Dominic Raab warned that the UK must proceed “carefully” in lifting lockdown measures, after Germany saw a rise in the rate of infection after easing its own lockdown.

Mr Raab said: “Any changes we might make and what that might do – not just to the coronavirus infection rate, as we’ve seen in Germany, but also to the non-Covid cases – we need to be confident that the NHS would be able to cope.”

He said the Government is awaiting Sage’s advice on the R value – as well as on the four other tests – by early May, with the lockdown due to be reviewed on May 7.

– How is the R value calculated?

There are many different mathematical and statistical models used to predict the R value.

One is dubbed the SIR model which accounts for three factors: the number of susceptible individuals, the number of infected people, and the rate of removal from the population, either by recovery or death.

But estimates between studies vary widely owing to the quality and reliability of data and different types of epidemiological models, the CEBM said.

The outcome value is affected by the proportion of susceptible people, the density of populations, the infectiousness of the organism, and the rate of removal of cases either by recovery or death, it added.