‘Covid-19 test extension in England not based on Sage evidence’ 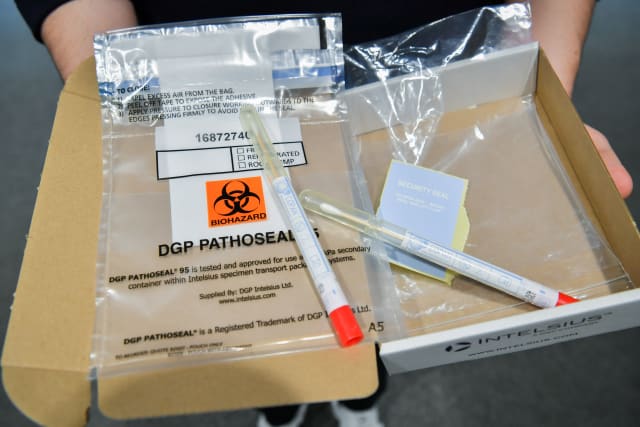 The UK Government’s coronavirus scientific advisory group for emergencies (Sage) has not examined the benefits of testing people for Covid-19 when they do not have symptoms, Wales’ chief medical officer has said.

Dr Frank Atherton was defending Wales’ decision not to follow England in extending its own testing criteria to care home staff and residents regardless whether they have symptoms, saying Sage had “not to my knowledge” looked at the benefits of doing so.

Asked if England’s decision to move further away from Wales and Scotland’s testing plans was a “political decision”, Dr Atherton said: “We’re still trying to reach across to England to understand the exact rationale for the changes they’ve made in various categories, given they’ve made a number of changes all at the same time.

“Our approach in Wales has consistently been to follow the science, and the science is the science.

“It’s the same across the four nations.

“So choices are made based on the interpretation of that science.

“Our approach in Wales has always been clear that we will put patients first and foremost, in terms of testing .

“That’s where our attention first of all needs to be.”

Dr Atherton told the Welsh Government’s daily briefing on Thursday that Sage, which has been advising the UK Government on its response to the Covid-19 pandemic, had not to his knowledge looked at whether there was any benefit to extending testing criteria.

This is despite Health Secretary Matt Hancock announcing on Tuesday that all care home residents and staff in England will be able to access tests regardless of whether they have symptoms.

Dr Atherton said: “There is a divergence of operational policy here.

“I rely on Sage, and Sage has not to my knowledge looked at the question of whether testing of asymptomatic individuals gives us benefits in terms of viral transmission.

“It’s a question I’ve asked our chief science officer to feed into the Sage process so that we get a better view on that.

“I do understand that some asymptomatic individuals can test positive for coronavirus.

“What we don’t know and nobody knows, but I would like Sage to try and figure out, is how much transmissibility there is from asymptomatic people into the general community or closed care settings like care homes.

“And I haven’t seen that evidence from Sage.

Dr Atherton admitted Wales’ capacity for an increasing of tests was a factor playing into the government’s decision-making, and that he had asked his English counterparts for more detail of how often English care home residents would be tested.

He said: “I don’t understand the rationale in terms of how it keeps the public safer and how it saves more lives for the way that the testing policy has been changed in England but I’m not responsible for those policy choices.

“The challenge here is that the evidence picture does develop.

“If the evidence base changes then I’ll be happy to change my position.

“Just testing every care home resident doesn’t automatically make them safer because the test tells you whether you had coronavirus at the point in time when the test was undertaken, not whether you could get it the next day.”