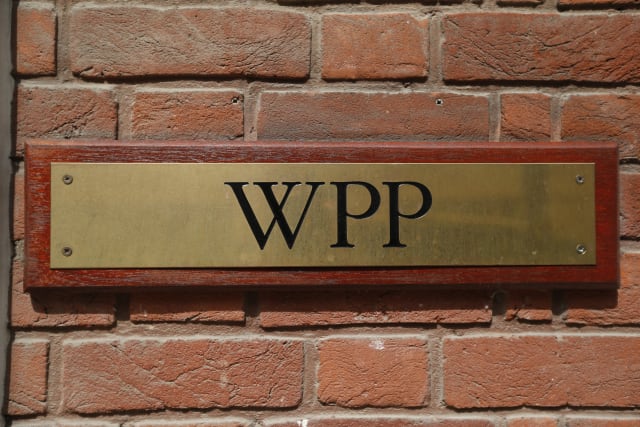 Advertising giant WPP has revealed job cuts as part of action to slash costs further after revenues slumped last month due to the coronavirus crisis.

The group reported a 7.9% fall in like-for-like revenues in March, with sales tumbling as much as 9.8% in the UK as the lockdown came into effect and clients slashed advertising and marketing spend.

Across the first quarter as a whole, like-for-like revenues fell 3.3% and were down 4.2% in the UK.

But shares lifted 6% on Wednesday as WPP outlined further details of plans to save up to £800 million this year to weather the pandemic.

It said it was axing some jobs, while more than 3,000 senior staff have also voluntarily agreed to a salary cut and other employees are now working part-time.

The group did not provide details of how many jobs are being cut among its global workforce of about 107,000 or where the axe is falling, although it confirmed there have been some job losses in the hard-hit events arm.

WPP, which employs around 11,000 in the UK, said new business has been “encouraging” despite the crisis, with 1 billion US dollars (£805 million) of work won in the first quarter.

Chief executive Mark Read said: “After a good start to the year, with growth outside of China in January and February, our business started to be materially impacted by Covid-19 in March.”

He added that there has been a shift towards digital media and direct-to-consumer marketing channels among clients.

“While many clients are significantly impacted by a reduction in consumer demand, other sectors such as packaged goods, technology and food retail brands have been more resilient,” he said.

“As in previous downturns, those who are most prepared and most far-sighted will be at an advantage when we come through the current situation.”

The group saw revenues slump 21.3% in Greater China over the first quarter, including a 29.9% fall last month, but said it is now seeing a “rapid recovery” in economic activity there since the lockdown was lifted.

Its offices across China are also now around 90% staffed.

Emilie Stevens, an equity analyst at Hargreaves Lansdown, said: “Despite a good start to the year for WPP – China excluded – performance in March across the group dropped significantly.

“That doesn’t bode well for the second quarter, and beyond that the impact will depend on how big the coronavirus hit to economies is.”

But she said WPP entered the crisis in a “much better shape” than it has been for a while, while its diverse range of clients could also “stand it in good stead”.