Timeline: Key events in a memorable 2020 for Boris Johnson 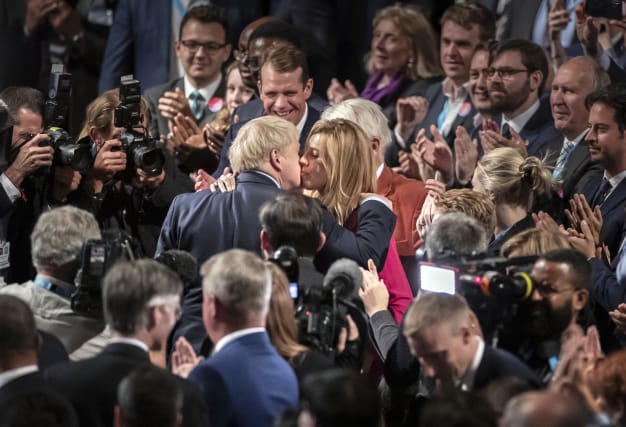 Although the year has not yet reached its halfway mark, Boris Johnson and fiancee Carrie Symonds “will never forget” 2020, Commons Speaker Sir Lindsay Hoyle has said.

The Prime Minister has overseen Britain’s exit from the European Union, finalised the divorce to his wife of 25 years, fallen critically ill and recovered from a novel virus, and welcomed a healthy baby boy with his 32-year-old partner.

On New Year’s Eve, Mr Johnson, 55, began by heralding an “exhilarating decade of growth, prosperity, and opportunity” and said Britain had “so much to look forward to in 2020”.

On January 31, Mr Johnson steered Brexit over the line and officially brought to an end almost half-a-century as a member of the Brussels club.

The prominent Leave campaigner had made finalising the departure the central point of his premiership, and said new opportunities would help “unleash the potential of the whole UK”.

Just a day earlier, a mystery pneumonia-type illness originating in China had been declared a public health emergency of international concern by the World Health Organisation (WHO).

In February, Mr Johnson settled his divorce to his second wife Marina Wheeler, a barrister, after the pair reached an agreement over money.

The couple had had four children together during their turbulent 25-year marriage.

Just 11 days later, Mr Johnson announced he was engaged to conservationist Ms Symonds and the pair were expecting a baby.

Less then two weeks after the happy announcement, on March 11 the WHO declared the new coronavirus a pandemic and other concerns were sidelined as Mr Johnson warned of “the worst public health crisis for a generation”.

On March 23, he announced an unprecedented country-wide lockdown, telling people to stay at home to arrest the spread and “devastating impact of this invisible killer”.

Just four days later, he himself tested positive for the virus and went into self-isolation in Downing Street.

After 10 days, he was admitted to hospital with “persistent symptoms” before he declined further and was moved to intensive care, where he spent three nights receiving round-the-clock care.

He was discharged after a week in hospital in total.

Afterwards, Mr Johnson said he owed his life to the doctors and nurses who treated him for Covid-19 at St Thomas’ Hospital in Westminster, and said there had been 48 hours where “it could have gone either way”.

Heavily pregnant Ms Symonds, who experienced coronavirus symptoms herself, said there were times that were “very dark indeed”, and tweeted to medical staff: “I will never, ever be able to repay you and I will never stop thanking you.”

After a fortnight convalescing from the virus, and just two days after Mr Johnson returned to work full-time, he and Ms Symonds welcomed a “healthy baby boy at a London hospital” on Wednesday morning.

The baby is Ms Symonds’s first child, while Mr Johnson is known to have fathered five others.