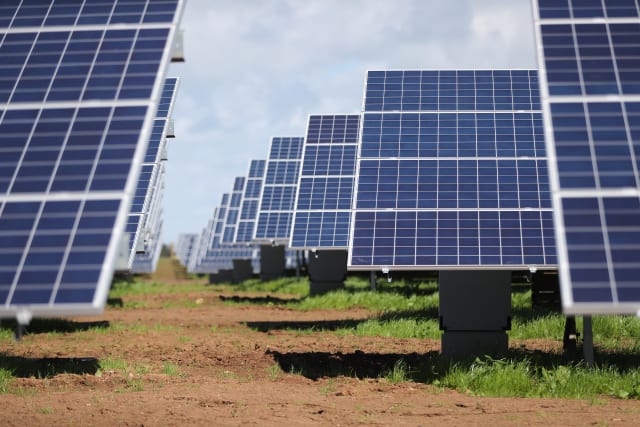 Carbon emissions from the power sector have fallen by almost two-fifths across Europe as a result of the coronavirus lockdown, analysis suggests.

Countries locked down economies around a month ago to curb the pandemic, with electricity demand down 14% across the 27 EU member states and the UK over the past 30 days compared to the same period in 2019, figures show.

Coal has taken the brunt of the fall, according to the analysis by Dave Jones from climate think tank Ember, and published on the climate and energy website Carbon Brief.

Generation from lignite, or brown coal, and hard coal are both down more than 40% over the past month on what they were for the same period last year, due to the costs of the fossil fuel, including paying for its carbon pollution.

The UK has had a record-breaking coal-free run since lockdown, with more than 19 days without electricity generated by the fossil fuel, while Portugal has seen more than a month of no coal generation.

Across the EU27 and the UK, coal averaged 11% of the electricity mix in the past month, a record low for the fuel.

Gas generation was also down 30% compared to the same period last year.

As a result, carbon dioxide emissions from the power sector are 39% lower over the past 30 days than in this period in 2019, the analysis suggests.

Meanwhile, renewables have seen a boost, with power generation from solar up 28% on the same period last year, due to sunny weather and new installations of panels.

Overall, wind and solar have accounted for almost a quarter (23%) of European electricity production in the last 30 days, compared with 18% during 2019 as a whole, the analysis shows.

In the UK, wind and solar have generated almost a third (32%) of electricity, while Denmark is at the head of the pack with 65% of its power coming from the two renewables.

Mr Jones said: “The data from this unprecedented period of crisis shows that electricity systems can operate smoothly and reliably, even when variable renewables such as wind and solar meet higher shares of demand, which had not been expected until at least 2025.”

But he warned that the last month had also highlighted a lack of flexibility in the system, with many power plants unable to switch off in response to low or even negative market prices.

“Electricity systems must become ​much more flexible​ to absorb higher levels of wind and solar in the future, including through ‘responsive demand’ that can switch on when power is cheap,” he said.

Responsive demand could include industry shifting its demand to match supplies, for example Google’s data centres doing non-urgent computing tasks such as YouTube video processing or adding new words to Google Translate when wind and solar were most plentiful.

It could also include domestic use of power, such as charging electric vehicles or starting “smart” appliances when energy was cheap, and more use of storage.