Patel: Social distancing ‘in every single work area’ after lockdown 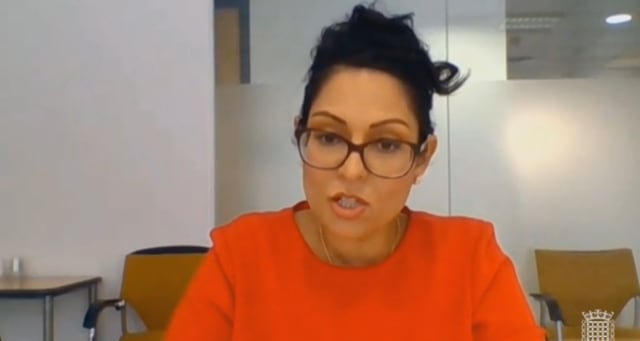 There will be "new norms" when the UK comes out of lockdown and social distancing will be expected "in every single work area", the Home Secretary has said.

Answering questions from the Commons Home Affairs Committee on Wednesday about her department's plans as part of the Government's exit strategy from lockdown, Priti Patel said: "The fact of the matter is we will not go back to how we were in early March."

She told the committee's MPs: "There is a lot of work that is taking place and there are lots of assessments.

"I'm not at liberty to go into the detail of some of the discussions that are taking place. But I think the fact that testing is dramatically upscaling... clearly that will have an impact now in terms of giving hopefully greater public confidence to eventually going back to work.

"Even before people go back to work there is a job to do yet in terms of securing workplaces.

"The fact of the matter is we will not go back to how we were in early March. There'll be new norms that will inevitably come off in the way in which social distancing is now dominating our lives and is affecting society.

"Social distancing even in my own place of work right now is taking place.

Earlier this month, she was accused of avoiding scrutiny during a time of national emergency as it emerged committee chairman Yvette Cooper had written six times over the past three months in an effort to set a date for the Home Secretary to give evidence, as other ministers have done.

He quit his post in February amid allegations of bullying behaviour by her.

A Cabinet Office inquiry launched after claims that the minister clashed with senior officials and belittled colleagues is understood to be ongoing.

During Wednesday's committee session, Ms Patel was not questioned on the subject.

The committee has agreed to a series of private Home Office briefings but made clear this would not be instead of them questioning the Home Secretary in public.