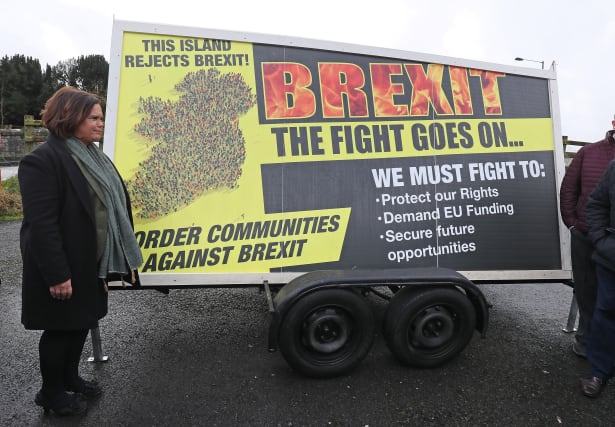 Northern Ireland needs Brexit clarity from a UK Government “consumed” by the coronavirus emergency, the Belfast civil servant in charge of the country’s preparations said.

Two scenarios have been drawn up at Stormont depending on whether or not Britain secures a comprehensive free trade agreement with the EU.

Without one, the border protocol surrounding compliance with aspects of the Irish Republic’s system is expected to apply, senior official Andrew McCormick said.

He said: “Time is tight but what is needed from London is clarity on these issues.”

Civil servants are assuming neither the UK nor Europe will request an extension of the one-year transition agreement due to run out at the end of the year.

The director general of international relations for the devolved administration gave evidence to a Stormont committee of Assembly members on Wednesday.

He acknowledged the focus had been on combating the coronavirus infection.

He said: “The UK Government has also been consumed by, the bandwidth for activity has been dominated by the virus.”

The chair of the group charged with consulting with the devolved regions is Michael Gove, who has also had to devote his time to the virus crisis.

Mr McCormick said: “This is a very, very challenging situation, and in that we all do what we possibly can to contribute positively to resolving and moving these issues on.

“There is no lack of pressure from us at official level and then engagements at ministerial level pushing the UK Government for more clarity and resolution of the issues that matter to us.”

The Prime Minister’s spokesman has said the Government had no plan to change course on the trade agreement negotiations.

Following the first meeting of the EU-UK joint committee in March, the European Commission said the two sides had agreed on the importance for the UK to “set out its plans over the coming months” regarding the implementation of the Irish protocol to prevent a hard border.

A statement released said the parties agreed on the importance for the UK to setting out its plans over the coming months on implementation of the protocol on Ireland/Northern Ireland.