Labour: Coronavirus must not be an excuse for failure to remove unsafe cladding 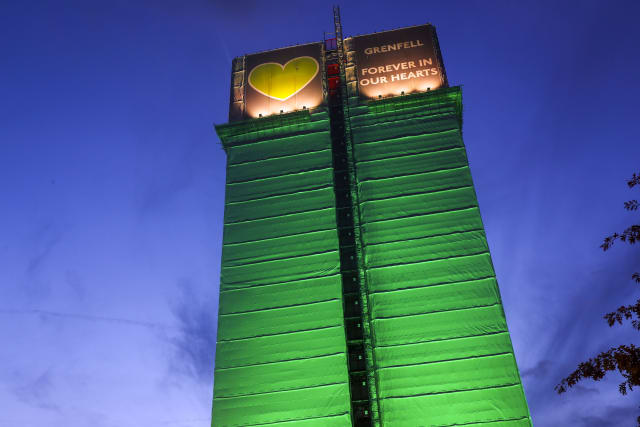 Some 60,000 people remain living in buildings wrapped in cladding which needs replacing, Labour has warned, as MPs debated reforms triggered by the Grenfell Tower tragedy.

Shadow home secretary Nick Thomas-Symonds said he understood the coronavirus pandemic will change working patterns but warned it “cannot ever be an excuse” for failing to take swift action to remove unsafe cladding.

His remarks came during the second reading of the Fire Safety Bill, which amends regulations in a bid to offer greater clarity over who is responsible for fire safety in blocks of flats.

Communities Secretary Robert Jenrick earlier this week confirmed remediation work to address unsafe cladding on high-rise residential blocks has “currently paused on as many as 60% of sites” following the Covid-19 outbreak.

Speaking in the Commons, Mr Thomas-Symonds said the Bill must address the failings at Grenfell Tower and “guard against similar incidents”.

He offered Labour’s support to the legislation but urged the Government to go “further and faster” on fire safety, and ensure funding is in place so fire services can carry out inspections and enforcement.

Mr Thomas-Symonds also told the Commons: “Coronavirus is an unprecedented challenge and I do recognise what the minister said about action continuing where it can, and the crisis we’re currently in, of course we recognise it absolutely changes working patterns, it cannot ever be an excuse for failing to take strong and swift action on the removal of cladding.

“Because there are 60,000 worried residents still living in buildings wrapped in cladding that needs to be replaced.

Mr Thomas-Symonds said the Government had set a deadline of the end of 2019 for making social sector blocks safe and June 2020 for private sector blocks, warning this looked likely to be missed.

Mr Brokenshire said: “The purpose of the Bill before the House today is to clarify that the Fire Safety Order applies to the external walls including cladding and balconies and individual flat entrance doors in multi-occupied residential buildings.”

He added: “We’ve established that there are differing interpretations of the provisions in the order as to whether or not external walls and to a lesser extent individual flat entrance doors in multi-occupied residential buildings are in scope of the order.

“For this reason we submit that this Bill is a clarification of the Fire Safety Order, it will apply to all multi-occupied residential buildings regulated by the order.

“This current ambiguity is leading to inconsistency in operational practice. This is unhelpful at best, at worst it means that the full identification and management of fire safety risks is compromised, which can put the lives of people at risk.”

On Grenfell, Mr Brokenshire said: “None of us will ever forget the events of that terrible night and the Government is resolute in its commitment to ensure that they are never repeated. Those 72 people should never have lost their lives.”

He added the Government will bring forward further legislation in the coming months.

Clive Betts, Labour chairman of the Housing, Communities and Local Government Committee, called for every property to contain a log book with details helpful to firefighters in case of an emergency.

Tory MP and former firefighter Sir Mike Penning suggested an amendment to the Bill to put the fire service in charge of safety inspections.

He said: “People think it’s the fire service very often doing a lot of these inspections and very often it is not. And we could actually change the regulations tomorrow to allow the fire service to do what they want to do which is be responsible for their ground and their patches in a way that isn’t at the moment.”

Fellow Tory MP Felicity Buchan, who represents the constituency of Kensington where the Grenfell tragedy took place, urged remediation work on cladding to continue during the coronavirus outbreak.

“I would strongly encourage industry to focus on that remediation work now,” she said.