In Pictures: Boris Johnson and Carrie Symonds in the public eye 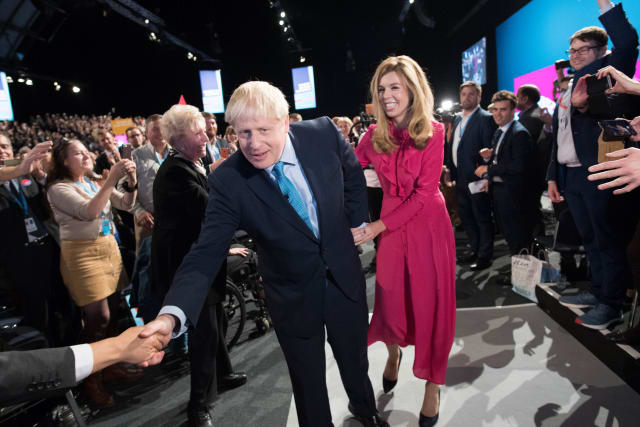 Boris Johnson and his fiancee Carrie Symonds are celebrating after she gave birth to a baby boy.

The couple got engaged at the end of last year, and announced in March that they were expecting a baby in “early summer”.

The news of the birth comes after the PM was discharged from hospital where he had been battling coronavirus, and Ms Symonds also suffered symptoms of the disease.

The baby is her first child, while Mr Johnson is known to have fathered five.