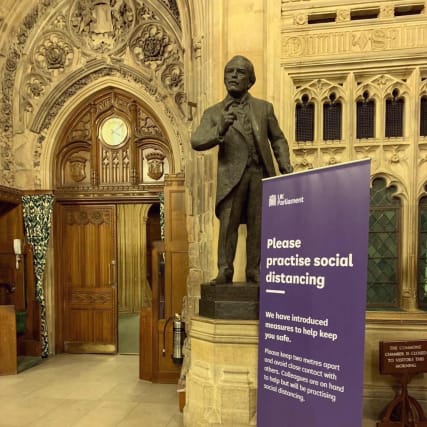 The House of Lords will not broadcast proceedings live on Wednesday following problems with its virtual arrangements.

Data breaches were cited after the mobile phone numbers of some peers were read out on Tuesday when they entered or exited the session on Microsoft Teams – the app being used for virtual proceedings.

As a consequence, the House of Lords said its sitting on Wednesday will not be broadcast live.

Ministers are to be quizzed about several issues related to the Covid-19 pandemic, including rail services, tax and garden centres.

One Lords source told the PA news agency: “This seems a bit of an overreaction.”

Several parts of Lords business have been conducted virtually since peers returned from the Easter recess.

Last week saw journalists watch live from a room on the parliamentary estate, with the public unable to follow proceedings as they took place.

The proceedings were broadcast to all on Parliament’s website on Tuesday this week, but this was stopped on Wednesday.

It is unclear what arrangements will be in place for the rest of the day to allow journalists to view proceedings from a room on the parliamentary estate, although a Lords spokesman has said audio recordings will be available.

Hansard will also publish a report of proceedings, which usually emerges three hours after they have taken place.

Officials hope to rectify the issue ahead of Thursday’s sitting.