Historic US D-Day ships to be protected 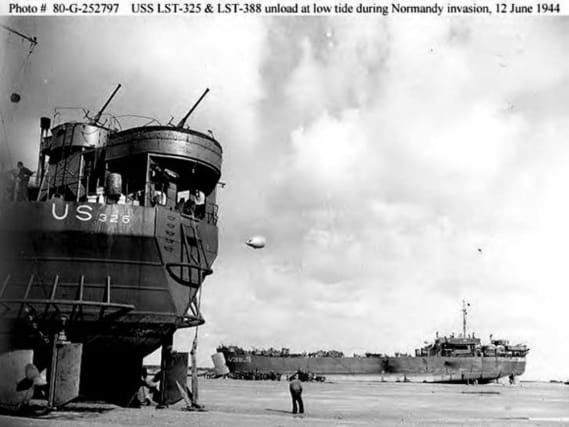 Two American amphibian landing ships that were sunk as they took part in an ill-fated D-Day rehearsal are to be protected.

Over 700 US troops were killed when they were intercepted by German E-boats off the Devon coast during Operation Tiger.

LST-507 and LST-531, which were carrying hundreds of American servicemen as well as tanks, vehicles and trucks, were torpedoed by the Germans and quickly sank.

They have been scheduled and added to the National Heritage List for England by the Department for Digital, Culture, Media and Sport.

It means recreational divers can still dive the wrecks, but the ships and contents are protected.

The US were practising manoeuvres on Slapton Sands, which had been chosen for its similarity to Utah beach where the Americans would land for D-Day on June 6 1944.

The bulk of the infantry had landed ashore when eight tank landing ships carrying engineers, quartermaster staff, signallers, medics, infantry as well as tanks, trucks, jeeps and equipment found themselves under attack.

A flotilla of nine German E-boats had been ordered to investigate unusual radio activity in the area and believed they had stumbled across several destroyers.

Vessels were bombarded and crews forced to abandon ship, many dying from shock or exposure in the early hours of April 28.

Operation Tiger was a series of ill-fated missions aimed at preparing the US and British forces for the Allied invasion of Normandy.

The day before the Slapton Sands incident, around 300 troops were killed in a friendly-fire accident when they were hit by live ammunition as they invaded a beach.

Heritage Minister Nigel Huddleston said: “I am pleased that as we prepare to commemorate the 75th anniversary of the end of the war in Europe, these important relics will be protected.

“D-Day is one of the defining moments of the Second World War and preserving these wreck sites is a fitting tribute to all those who lost their lives in Exercise Tiger.”

Duncan Wilson, chief executive of Historic England, which recommended the designation, added: “The underwater remains of ships involved in the D-Day rehearsals are a tangible reminder of the sacrifices made in planning and delivering this huge military operation on a scale never previously attempted, 76 years ago.

“By protecting the wrecks of two US landing ships we are remembering all of those who lost their lives in the struggle for liberty during the Second World War.”

It was a massive assault by the allies to invade Nazi-occupied Western Europe and saw 156,000 soldiers from Britain, US, Canada and France land on the beaches of Normandy together with thousands of vehicles and supplies.