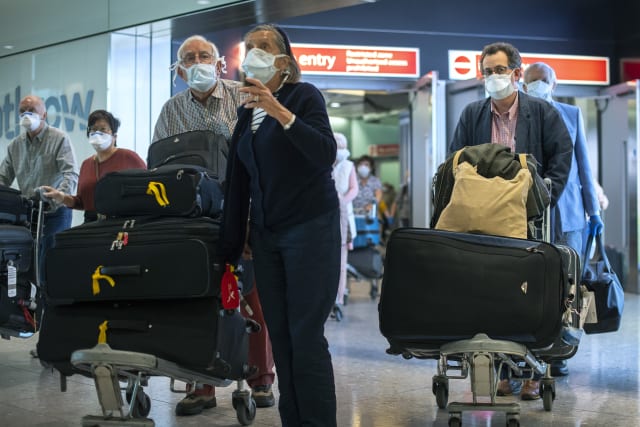 Countries carrying out temperature checks on arriving travellers are “perceived as being safer” than the UK, according to the boss of Heathrow Airport.

Chief executive John Holland-Kaye called for passengers to be screened in a bid to boost demand for air travel.

In a statement published by The Aviation Club, he said: “The crisis came on so rapidly that each country set its own health screening standards, with little co-ordination.

“Rightly or wrongly, those that require temperature checks are perceived as being safer than others, such as the UK.”

Some Britons returning to the UK have lambasted the lack of testing and medical advice upon arriving back on home soil.

The advice for everyone – whether or not they have recently entered the country – is to stay at home and only leave if essential.

However, other countries have introduced strict quarantine measures for arriving passengers.

This includes in the US and New Zealand, where travellers must isolate themselves for 14 days upon arrival.

Mr Holland-Kaye said that, until there is a cure or vaccine for Covid-19, it is likely that travel between countries “will only happen if each considers the other to be low risk”.

He argued that the UK “needs to be at the forefront” of a new biosecurity standard for air travel as it has one of the world’s largest aviation sectors.

It is “critical” that people travel “without the need for quarantine” to accelerate the recovery from the pandemic, Mr Holland-Kaye claimed.

He warned that it “cannot be a long-term solution” to leave the middle seats on planes empty – as suggested by easyJet – because of the financial and environmental implications.

He went on: “Maybe it is better that, as with airport security, the test for whether someone is safe to fly should take place at the entrance to the airport or at airport security, so that we can minimise the need for social distancing on the plane or at the gate.”