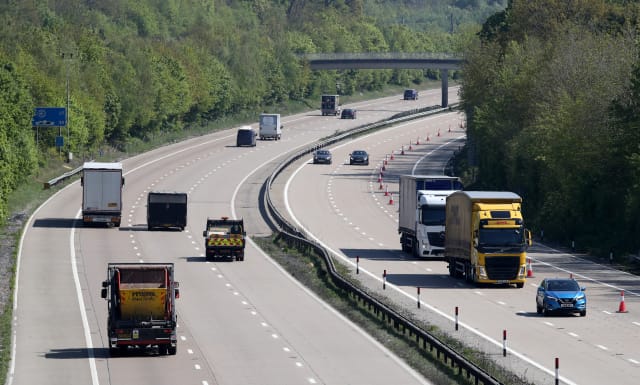 Traffic levels on UK roads on Monday were at the highest level since the coronavirus lockdown was introduced, new figures show.

Data published by the Government shows that the number of vehicles was 56% lower than in early February, but up three percentage points compared with the previous Monday.

She said: “There has been an uptick in motor vehicles, and the message here really is that we are still passing through this peak.

“This use of motor vehicles is the highest working day use since March 23.

“We really have to be vigilant. Most people are making huge efforts to stay at home and save lives.

“This is slightly worrying, so please do stay at home, protect the NHS, save lives. Go out for the necessities.”

Use of trains and buses remains flat, at more than 95% below the first week of February.

“With the lockdown still very much in force, it remains the case that none of us should be driving unless it’s for an essential trip.

“The fact we are now several weeks into the lockdown must not be used as an excuse to change our behaviour and venture out unnecessarily – our data seems to suggest some people may be finding more reasons to be on the road than earlier in April.”