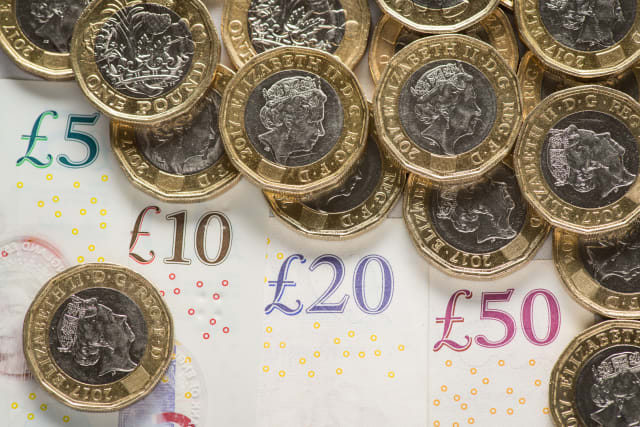 Nearly a third of families with children living at home are not confident about how they will pay their bills in the coming weeks, a survey has found.

The research from comparethemarket.com suggests that financial anxiety among households with children living under their roof is higher than in households where there are no children.

Some 31% of households with children are not confident they will be able to meet due payments or stay on top of household finances over the coming weeks – a higher proportion than a fifth (20%) of the population generally who said this.

Nearly three in 10 (29%) households with children said they had struggled to make ends meet financially in the past week, which was again higher than the 17% of households generally who said this.

People aged 45 to 54 – an age group often described as the “squeezed middle” as they often have dependent children and elderly parents to worry about – were the most likely age group to have struggled with their bills over the past week.

Nearly a quarter (24%) of people in this age group agreed that keeping up with recent bills had been “difficult”.

Nearly three in 10 (29%) in this age group are not confident they will be able to meet payments in the near future.

Comparethemarket.com’s financial confidence tracker results are based on a survey by Populus of more than 2,000 adults across the UK between April 24 to 26.

Among those who are not confident about their finances in the coming weeks, nearly four in 10 (39%) said this was because their employment status had been hit, perhaps because they had been furloughed, received a pay cut or lost their job.

Other common reasons for low financial confidence included not having enough money coming in to cover outgoings, and people saying that Government measures announced to give households financial support “don’t apply to me”.

Among those who are confident they will be able to pay their bills, nearly three in 10 (28%) have already taken steps to cut back on their household spending.

The oldest and youngest age groups – those least likely to have children living at home – were found to be the most financially confident.

More than nine in 10 (92%) over-65s are confident they will be able to meet the demands of their household bills over the coming weeks, with more than half (51%) saying they are “very confident”.

One in six (15%) over-65s have taken steps to reduce their household spending.

Similarly, 86% of 18 to 24-year-olds have not had difficulties meeting bills in the past week, and 81% are confident they will be able to meet financial requirements over the coming weeks.

The research also suggests some people may be reluctant, or unable, to resume their previous spending habits when social distancing measures are eventually eased.

When asked if they felt confident visiting restaurants, cafes, pubs and cinemas once they reopen, over a third (39%) said they were not comfortable doing so, with one in 10 (10%) saying this was because they no longer have the disposable income to spend on these types of activities.

Over a quarter (29%) said they would not feel in control of their surroundings and therefore would not enjoy themselves, rising to a third (33%) of over-65s.

More than half (57%) of people in the survey are not planning any breaks in the foreseeable future.

Among those who were considering a holiday, only 30% said they were hoping to go away in 2020.

Anna McEntee, product director at comparethemarket.com, said: “Our findings show that a significant number of people struggled to pay their bills over the last week and, worryingly, an even higher number think it will become more difficult in the weeks to come.

“The situation could get worse before it gets better, in particular for those who have seen their ability to work change for the worse.

“There is even greater financial pressure on those households with children at home, as there are more mouths to feed and more people to take care of.”

Here are the percentages of people across the UK who said they were not confident when asked about their ability to meet the demands of household bills and pay them over the coming weeks, according to comparethemarket.com: