Boris Johnson to take paternity leave ‘later in the year’ 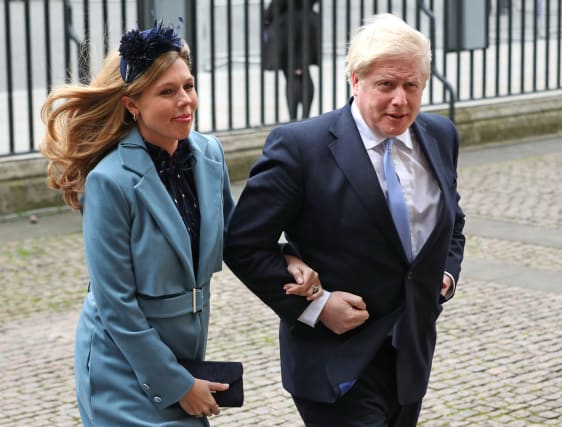 Boris Johnson is expected to take a short period of paternity leave later this year, a Downing Street spokesman has said.

Following the birth of the Prime Minister’s son, questions were raised about whether he would take any paternity leave amid the ongoing Covid-19 crisis.

Mr Johnson’s fiancee Carrie Symonds gave birth in a London hospital on Wednesday morning, and a spokeswoman for the couple said both mother and baby were doing well.

It is understood Mr Johnson was present throughout the delivery, with the news that he would be absent from Prime Minister’s Questions coming shortly before the birth was announced.

A Downing Street spokesman confirmed Mr Johnson is expected to take paternity leave in the future.

The spokesman told a Westminster briefing: “I do expect the Prime Minister to take a short period of paternity leave later in the year, rather than now.”

The spokesman confirmed the family will live in Downing Street but could not confirm weight, timing, nature or location of the birth.

New fathers are entitled to up to two weeks of statutory paternity leave.

However, while this leave cannot start before the child’s arrival, it must end within 56 days, or eight weeks, of the birth.

This statutory leave is paid at £151.20 per week, or 90% of average weekly earnings, depending on which is lower.

Expectant fathers must give at least 15 weeks’ notice to their employer.

Some couples are entitled to take 50 weeks of shared parental leave in the first year after a birth or adoption, although the eligibility criteria are narrower than for the statutory benefit.

Mr Johnson and Ms Symonds’s son is the third baby born to a serving prime minister in recent history.

Former prime ministers Tony Blair and David Cameron took paternity leave after the births of their children while in office.

Mr Johnson previously indicated that it was likely he would take paternity leave.

When asked in early March whether he intended to take time off, Mr Johnson said: “The answer is almost certainly, yes.”

But he later added: “I can’t remember what the question was.”

Since then, the coronavirus outbreak has progressed significantly.

The number of people who have died in hospital with Covid-19 has reached over 20,000, with the number of daily deaths reaching their highest so far in early April.

The nationwide lockdown imposed on March 23 is set to be reviewed early next month.

The Prime Minister only returned to Downing Street on Monday, after contracting coronavirus.

Mr Johnson tested positive for the illness on March 27, with Ms Symonds later suffering from some symptoms of the virus.

He was admitted to hospital in early April, spending time in intensive care.

Foreign Secretary Dominic Raab deputised for the Prime Minister while he was receiving treatment and recovering from the virus at the Buckinghamshire Chequers estate.

If Mr Johnson does take paternity leave, it is not known whether Mr Raab will resume the position.

The Foreign Secretary stood in for Mr Johnson at Prime Minister’s Questions on Wednesday.

Mr Blair attracted praise for his decision to take two weeks of paternity leave after his wife Cherie gave birth to son Leo in 2000.

Leo was the first baby born to a serving prime minister in 152 years.