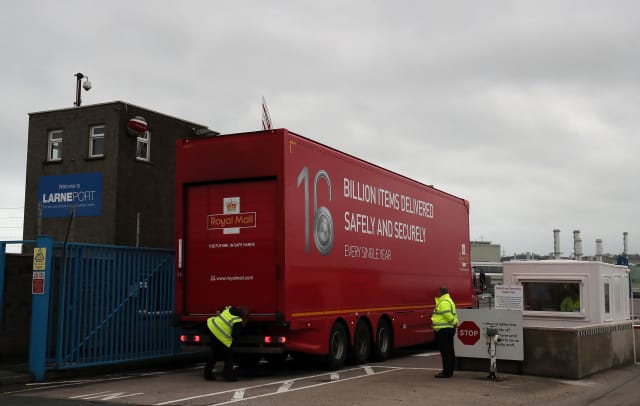 A “safety and security” agreement removing the need for post-Brexit entry and exit declarations between Great Britain and Northern Ireland is needed, the freight industry said.

A “substantial” customs agent shortage in the UK also needs to be urgently addressed ahead of the end of the Brexit transition period, hauliers added.

Northern Ireland businesses are facing added pressure due to the potential formalities associated with the Irish border protocol that will not be faced by other UK businesses in Great Britain, the Freight Transport Association (FTA) said.

It said: “Logistics is an adaptable industry that can quickly react to changing circumstances, new risks and opportunities, but to do so it needs advanced notice of the changes that are to come.

“On both sides of the Irish Sea, businesses and logistics providers need to have timely clarity on operational requirements and new processes so they have enough time to implement them.”

It said trade facilitation measures can help reduce additional requirements and red tape for traders and their logistics providers while the UK is outside the EU’s single market and customs union.

The FTA said: “Our industry needs a safety and security agreement removing the need for entry and exit summary declarations between Great Britain and Northern Ireland.

“For this to work, it would also be likely that the same process would likely be required on shipping between Great Britain and Ireland.”

The transition period is due to end at the end of this year.

Civil servants in Northern Ireland are planning for either a free trade deal with the EU or a no deal in which a protocol aligning trade regulations across Ireland comes into force.

The UK is due to indicate by June whether it is seeking an extended period of transition, although Downing Street has ruled out such a move.

They are seeking a sanitary and phytosanitary (SPS) agreement removing the need for physical checks on agri-food products and other plant products and products of animal origin.

The FTA said: “Industry needs to identify ways and means to demonstrate what goods moved from Great Britain to Northern Ireland would be classified as ‘not at risk’ and to then make use of a facilitation to avoid unnecessary formalities and checks.”

Before the end of the transition period, the criteria for considering which goods brought into Northern Ireland from outside the EU are not at risk of subsequently being moved into the EU will be established.

The FTA said: “Consideration should be given to the unique geographical situation regarding trade entering the island of Ireland and where goods entering from Great Britain can be identified as not being at risk to the single market, derogations should be applied to such trade to ensure continued frictionless transit and minimal formalities.”