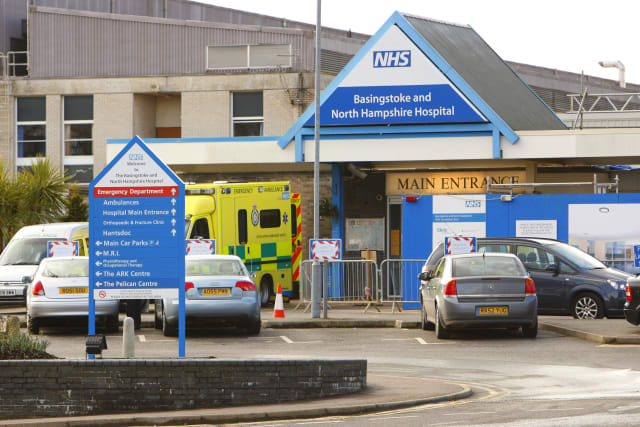 A 24-year-old woman who threatened to kill a hospital care assistant and to burn down the accident and emergency department has been jailed for 50 months.

Abigail Forder, of Essex Road, Basingstoke, Hampshire, was sentenced at Winchester Crown Court after being committed for sentence for two charges of threatening violence and another of threatening to commit criminal damage.

She also pleaded guilty during the hearing held by Skype to attempted robbery and intimidation of a witness committed in breach of a previous suspended sentence.

Siobhan Linsley, prosecuting, said that Forder was admitted to Basingstoke and North Hampshire Hospital on August 28 2019 with cuts to her arm after she had attempted to take her own life.

She said that while the defendant was waiting to be treated in the emergency department’s mental health room, Forder threatened healthcare assistant Naomi Kinge, who was cleaning up blood in the room.

Ms Linsley added: “She then pointed to a pair of headphones she had and said, ‘This is what I am going to kill you with’.”

The prosecutor said that Forder then shouted homophobic abuse at a nurse called to help and threatened to “cut” him.

She said the defendant also “burst out” into the waiting area and threatened to “burn the place” while waving a lighter around with oxygen canisters nearby.

Sentencing Forder, Judge Susan Evans QC said: “No-one in the NHS should have to put up with that type of behaviour, it is no way part of their job.”

Ms Linsley said the attempted robbery was committed with her partner, who had since died, against an acquaintance called William House in a bid to steal cannabis from him on December 8 2018.

She then returned to his home eight days later and threatened him with a hammer, and shouted at him: “I know you grassed me up to the old Bill,” before adding: “You’re lucky you didn’t get stabbed.”

Jodie Mittell, defending Forder, who has 22 previous convictions including assaulting police officers and possession of a knife, said: “She recognises the seriousness of the offences she has committed.”

She said the defendant had turned to drugs to deal with PTSD caused by “emotional trauma” suffered as a child.

Speaking by video link from HMP Bronzefield, Forder said: “I am very, very sorry for what I have done and the people I have hurt.”