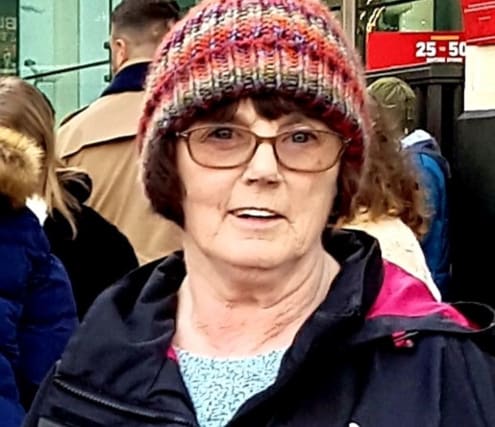 Tributes have been paid to a hospital cleaner with a "heart of gold" who died after contracting Covid-19.

Eileen Landers died at the place where she had worked for the past 16 years – Queen's Hospital in Burton-upon-Trent, on Sunday, the University Hospitals of Derby and Burton NHS Foundation Trust (UHDB) said.

She is the third person from the trust to die after contracting the disease.

It follows the deaths of 55-year-old consultant Amged El-Hawrani, on March 28, and A&E consultant Manjeet Singh Riyat, 52, at the Royal Derby Hospital, where he worked, on April 20.

Mr El-Hawrani was the first frontline NHS worker to die after getting the virus, NHS England said.

Staff from UHDB were set to take part in a national minute's silence on Tuesday in tribute to their colleagues and other key workers who have lost their lives to the outbreak.

UHDB chief executive Gavin Boyle said: "Eileen joined the trust as a domestic assistant at Queen's Hospital Burton in 2004 and was a very popular member of the team.

"She worked in many departments and wards across the hospital, most recently in the discharge lounge, and was known for her high standards, which colleagues and the nursing team say were second to none.

"During her time here she was known for her absolute dedication to her role and her dedication to coming to clean the hospital and protect patients.

"The importance of the role Eileen and her colleagues perform simply cannot be overstated."

He added: "Eileen will be sadly missed by the whole UHDB family, especially by the domestic teams that worked closely with her for those many years.

"Our thoughts and condolences are with Eileen's family today."

Ms Landers' sister, Margaret Landers, said her sibling grew up in Tipperary in Ireland, and was the second youngest of eight brothers and sisters.

"She came to England in her early 20s and later joined the NHS," she added.

"Eileen had a heart of gold and was the most generous person. We will all miss her greatly."

Mr Boyle said: "The parts of the Midlands we serve and our communities have been particularly affected by Covid-19.

"The 13,000 colleagues that make up the UHDB family are part of those communities too.

"Our staff are at the very front line of dealing with the epidemic and it is only human to have anxieties ourselves.

"Eileen's death marks the third colleague we've lost over the last few weeks as a result of Covid-19.

"It takes a great deal of courage to come in to the hospital day in, day out – our people do without question.

"We still have many difficult days, weeks and months ahead, but their work is making a real difference.

"I can only thank them for everything they are doing in the most difficult of circumstances."