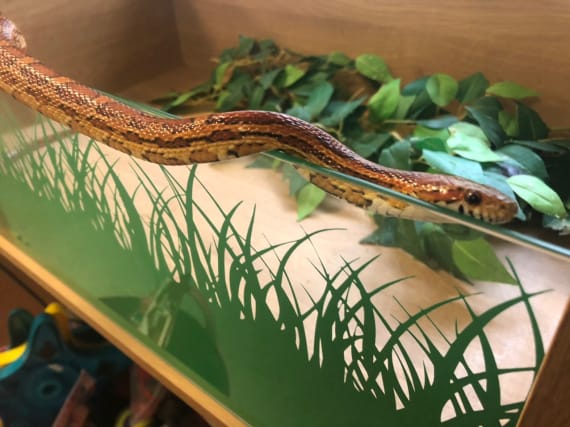 A snake has been rescued after getting trapped inside a family’s new oven.

The surprised household called the Scottish SPCA after they noticed the cornsnake on the tray of the appliance at their home in Cumbernauld, North Lanarkshire.

The oven had to be dismantled to rescue the snake, which was spotted before it was turned on.

It is not known how the snake, which is around two and a half feet-long, came to be in the oven.

Scottish SPCA animal rescue officer Louise Hume said: “Only about six inches of the snake was visible on the oven tray, the rest was hidden somewhere inside the oven.

“With assistance from my colleague, inspector Jack Marshall, and the member of the public we were able to take the oven apart and rescue the snake.

“Thankfully the oven was new and the family spotted the snake before it was turned on so it was uninjured after its ordeal.

“Neither we, nor the family have any idea how the snake came to be in the appliance.”

The snake, which was rescued on April 25, is now being cared for at one of the charity’s rescue and rehoming centres, where staff have named it Cob.

WhatsApp messages should not have been heard at cricketer rape trial, court told