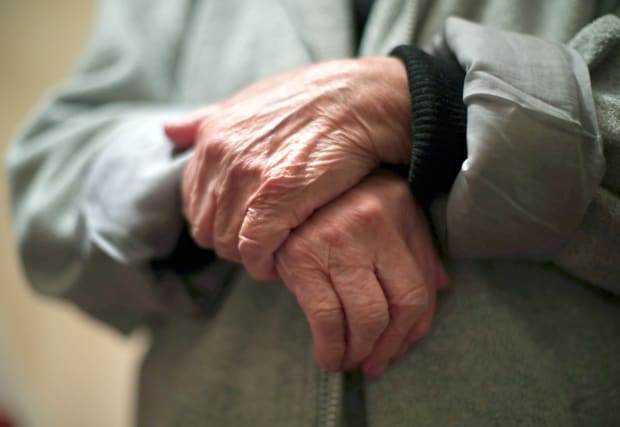 The Health Secretary has said it is “unreasonable” to be asked to apologise to bereaved families of coronavirus victims over the Government’s handling of the pandemic’s impact in care homes.

Matt Hancock said supporting care homes was a “top priority” since the start of the crisis, as he was challenged over the availability of personal protective equipment (PPE) and levels of testing.

He faced questions on the response in the care sector, including a suggestion the Government had failed to properly protect Covid-19 victims, at the daily Downing Street press briefing on Tuesday.

Mr Hancock said: “From the start we knew that there was a very significant challenge with care homes, not least because of the frailty of the residents.”

He said it had been “more difficult to get data flowing” from care homes but that was now being done.

Mr Hancock said early discussions about the risks posed by coronavirus in care homes were held in January, with the first guidance provided the following month.

He said the vulnerability of the elderly to the virus meant “making sure that care homes have the support they need has been absolutely at front of mind right from the start”.

“It’s something that we have focused on right from the start and something that’s been a huge challenge throughout and we are constantly learning from what happens and trying to improve the way that we support people across the care sector,” he said.

He emphasised that care home rules had been strengthened, including tightening infection control, while the availability of testing had been “ramped up”.

The Health Secretary also defended the decision not to restrict access to care homes sooner.

Mr Hancock said: “The critical thing is that in a care home having visitors also has a positive impact both against the loneliness of the residents but also on their longevity and their mental health.

“So these are difficult judgments and there are no easy recommendations to make.

“We were guided by that clinical advice and when it was necessary to make that change, which is quite a firm change, then we did so.

“One of the things that has happened in this crisis is social care alongside the NHS have both been seen as these two absolutely vital parts of our society.”

He explained that when test capacity was limited at the beginning of April, “index cases” were looked at to clarify if an outbreak was present in a home and for treatment and measures to be put in place, helping save “many lives”.

Prof Newton explained that there was now more testing and more knowledge about how the virus spreads in care homes.

“But we are confident we can be more effective now than in the past.”

Prof Newton explained that “intensive studies” had shown that “the presence of symptoms was not really a good marker in the care home setting, both among residents and staff, for the presence of the virus”.

He added: “There were significant numbers who were asymptomatic who had the virus and so we have massively increased the amount of testing available.

“We have now tested 25,000 residents in care homes and we are rolling out testing now to symptomatic and asymptomatic residents, as well as providing testing through the drive-through centres and other means.”