England not so bad at penalties after all, study suggests 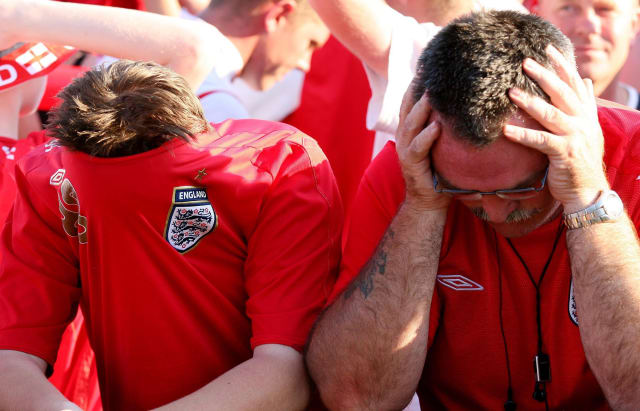 English footballers are not as bad at taking penalties as many people assume, according to new research from an unlikely source: Germany.

Researchers from the German Sport University of Cologne, analysing data from international and club football over four decades, said there is no such thing as England's "penalty curse".

Moreover, their conclusion was that England has produced some of the best spot-kick takers in the world, although English performance in penalty shoot-outs has been a slightly weaker area than penalties from open play.

Looking at the 223 penalties awarded in open play across all World Cups and European Championships, England players in fact boast the highest success rate.

Analysing players of various nationalities in major leagues over a 10-year period, a study involving 4,708 spot kicks, the research again found that English players fared well, placing around the top.

The area in which England's results are not as strong, however, is penalty shoot-outs.

However, the success rate of England players in these shootouts – 61.32% – was not substantially lower than the international average of around 70%, with the researchers calling this a small deviation "by statistical convention".

It may surprise few, and reinforce another footballing stereotype, to learn that German players are well ahead in this category, with a success rate of 85.29%.

The research team concluded England's reputation regarding penalties suffered because the misses that meant the most – such as in World Cup penalty shoot-outs – were remembered far more clearly than, say, the successful conversion of in-play penalties by English players.

"This cognitive bias might contribute to the stereotype that English players are bad at penalty kicks as a loss in an emotional penalty shoot-out during a World or European Cup arguably comes more easily to mind than an in-game penalty," the paper concluded.

"In turn, people believe that English players miss more penalties than they actually do.

"However, none of these comparisons reached statistical significance.