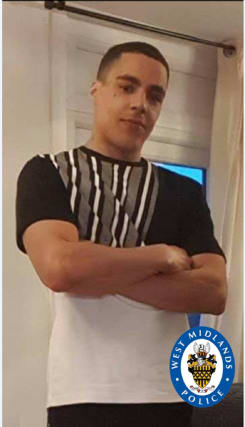 Eight men have been arrested in connection with the murder of a father-of-one who was stabbed to death in the street.

Karl Gallagher was named by police as the victim of an attack outside a shopping arcade in Smethwick on Sunday afternoon.

Despite the best efforts of medics, Mr Gallagher was pronounced dead at the scene, with a post-mortem examination due to take place later.

Detectives have also warned people not to share footage of the murder, which has been widely posted on Twitter, as they may be committing an offence.

Another man, aged 24, has been arrested on suspicion of obstructing police.

Officers were called to West Cross Shopping Centre, where Mr Gallagher was discovered with serious knife injuries, at 4.40pm on Sunday.

In a tribute released through the police, Mr Gallagher’s family said: “Karl was a very dearly loved son, brother, nephew, cousin and partner.

“He was also a proud and loving father.

“His friends and family are devastated.”

Detective Chief Inspector Jim Munro, of West Midlands Police, said: “We’ve made significant progress over the past 24 hours and are building up a clearer picture of the events of Sunday afternoon.”

Turning to footage of the attack which has appeared on social media, he added: “We’re very much aware that video showing the murder of Karl has been widely shared on Twitter.

“We have contacted them and have asked them to remove it, but to date we know that the footage remains visible.

“I’d urge people not to share the footage, and to report it to Twitter whenever they see copies of it.

“It’s very distressing for Karl’s family to know that his final moments have been viewed hundreds of thousands of times.

“It’s also important to remember that proceedings are now active, and that anyone who does share it is potentially committing a criminal offence.”